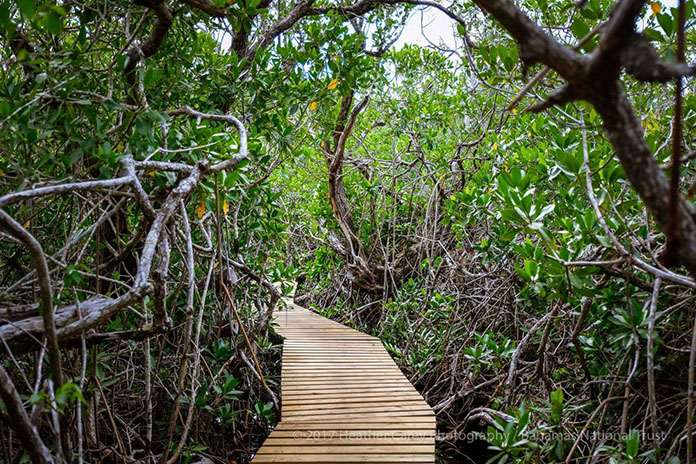 The Bahamas National Trust (BNT) has requested information from the Government of The Bahamas (GOB) regarding the oil refinery and storage facility in Grand Bahama, known as the Oban Project. BNT is greatly concerned with regards to the location of the facility, which if the reports in the press are correct, would place the refinery in close proximity to three national parks – The Lucayan National Park, the East Grand Bahama National Park, and the North Shore – The Gap National Park. The BNT has asked the government to provide the exact location of the site and to see the full Heads of Agreement. We have also asked for the opportunity to weigh in on the Environmental Impact Assessment (EIA) before completion

BNT wishes to state very clearly however, that notwithstanding the results of the EIA, even if there are local project impacts that the Bahamas Environment and Science and Technology Commissions and the Government might deem acceptable if mitigated, we cannot envisage any scenario where BNT could support this project. Whatever the specific location, this mammoth oil refinery and the industrial project will be located somewhere between 3 ecologically important national parks. Indeed, the Oban Energies website says that the facility would be “located off the southern tip of Grand Bahama Island, 35 miles east of Freeport” which would place the facility extremely close to the East Grand Bahama National Park.

The three impacted parks would be as follows:

The Lucayan National Park is the most highly visited national park in the country. It protects one of the longest charted underwater cave systems in the world; a unique system of elevated walkways through the last intact mangrove wetland on the southern shore of Grand Bahama, a magnificently wide unspoiled beach showcasing the tallest sand dunes on the island and a wealth of flora and fauna. This Park exhibits all of the Bahamian vegetative zones and is an amazing outdoor classroom for Bahamian students.

North Shore – The Gap National Park is located on the northeastern shore of Grand Bahama, the proposed park covers an area 40 miles from Dover Sound to Cormorant Bush (between Pelican Point and McLean’s Town). The coastal area on the north shore consists of mangrove wetlands, tidal creeks, sand and mud flats, beach strand and rocky shores. An extensive area of blue holes and an as yet unexplored karst cave system also exists in the coastal area northeast of Dover Sound, while further inland where the land rises slightly from the shore, pine woodlands with palm understory occurs. Numerous bird species rely on the area’s coastal and inland habitat.

The BNT is mandated to manage the national park system of The Bahamas, and also to act as an advisor on environmental issues. The BNT takes its responsibility as an advisor to government and also as the Manager of the National Park System very seriously. Providing advice to government requires having all the relevant information necessary to make informed assessments of development proposals, as well as, situations which pose a threat to our island environments. As it stands now, BNT has only the information that is being reported in the press, and as such does not feel fully informed and able to make substantive and informed comments. We are hopeful of receiving the information so that BNT is able to provide a more informed response.

BNT is sensitive to the need to create jobs, especially considering Grand Bahama’s depressed economy. It is absolutely crucial, however, that this is not at the expense of the Island’s (and by extension, the country’s) most important asset, the natural environment. BNT is hopeful therefore that if the assessed impact of this project is determined to be unacceptable, that the Government does have an escape clause to allow us to protect the environment (contrary to what has been reported in the press)
BNT wishes also to note that this facility advances the expansion of fossil fuels, one of the acknowledged greatest contributors to climate change. The extremely high risk that oil refineries in particular present in terms of air, aquatic, and soil pollution and their impact on flora, fauna, sealife, and local communities is extremely widely documented. Indeed, it is primarily environmental and safety concerns that has meant that no new refineries have been built in the United States since the 1970s (albeit existing refineries have been expanded). Further, BNT is very concerned at this new refinery and storage facility being developed in an area well known to be highly susceptible to hurricanes. One only has to look back as recently as August 2017 at the impact of Hurricane Harvey on the oil refineries and chemical plants in Texas.

The Bahamas is one of the most vulnerable countries on the planet with respect to the potential impacts of climate change. This major fossil fuel facility would quite literally increase this risk and would mean that The Bahamas would be contributing to our own demise.