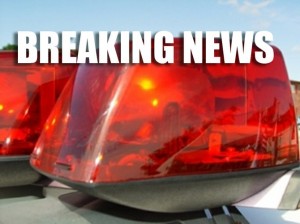 Nassau, Bahamas — A 28-year-old male suspect is in police custody in connection with the country’s latest murder that occurred on Boxing Day.

According to police reports, around 10:30pm a 32-year-old [the deceased] was walking on Third Street, just north of Coconut Grove Avenue, along with another male, when two men in a white Honda Accord vehicle pulled up and opened fire on them with a firearm.

The deceased received multiple gunshot wounds about the body and was pronounced dead on the scene.

The other male a 17-year-old, received a gunshot wound to the leg and is detained in hospital in stable condition.

Moment’s later officers from the Mobile Division acting on information received arrested a 28-year old male at his Yellow Elder residence in connection with this matter.

Police also found a handgun along with a quantity of ammunition in the suspect’s possession.

Police is seeking the other suspect.

Police have launched an active investigation into this matter and ARE APPEALING TO ANYONE WITH INFORMATION REGARDING ANY CRIME TO CALL POLICE AT 919 OR AT 328-TIPS.