BE READY BIMINI AND GRAND BAHAMA!!! BAD WEATHER IS IN YOUR DIRECTION… 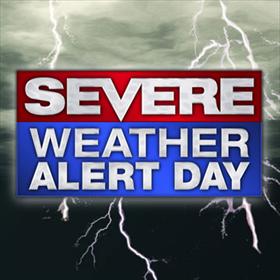 Nassau, the bahamas – The Bahamas Department of Meteorology has issued a severe thunderstorm warning with effect from 11:50pm Monday, September 22, until 5:00 am Tuesday, September 23, 2014.

Severe weather warning is now in effect for Bimini and Grand Bahama and a watch is in effect for Northern Andros, Abaco and their adjacent waters.

At 11:50pm observation, radar and satellite imagery showed clusters of active thunderstorms near and over Bimini and Grand Bahama and approaching Northern Andros and Abaco.

Some of these thunderstorms will be severe at times causing strong gusty winds, dangerous lightning, heavy downpours, hail and possible waterspout or tornadic activity. Localized flooding could occur in low lying and flood prone areas.

Residents should not seek shelter under trees or in water, as these can become lightning conductors.