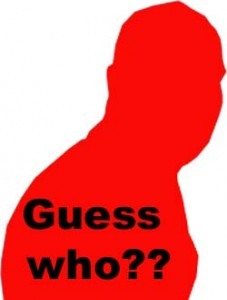 South Abaco, Bahamas — Where do you get a non-bias clear and unadulterated account of current events? Only BP provides a non-partisan dissemination of facts; indiscriminate of color or creed.

Our Investigative team have completed a one-year scrutiny into the dealings and involvement of a major world war veteran turned Bahamian realtor on the island of Abaco. We must warn our readers that our findings are troubling and will rock the very foundation of leadership in this country, whose hopes and rise to wealth are embedded on a ‘vicked’ philosophy of abusing the poor at any cost.

BP has obtained copies of the deeds and a will where the realtor and former hotelier alleges that its original owner made him executor to the land; a poor “BLACK MAN” hmmmm BP smells a rat!!

However, the deeds show the realtor being the owner but two years later the same realtor produces a will, which makes him executor of the land by its original owner; a poor “BLACK MAN” which he allegedly should have already owned hmmmm .

This ambient, pristine anchor development is a 21st century marvel. It is said to have it’s own school and plans are now in the pipeline for the construction of an aerodrome at its location to avoid its high end clientele from having to inter-act with so called “useless eaters” (poor, begging, annoying Bahamians). BP has also been reliably informed that a number of bigwigs have already secured property in this gated metropolis including parliamentarians, and a famous Bahamian artist. We hope they saved their receipts.

An entire community is in uproar as their rightful inheritance have been swept away from them by the haves of this country and the true and rightful owner is crying from the belly of his grave, “Give my descendants what is rightfully theirs.”.

We have confirmed that the plaintiffs are being represented by a Bahamian law firm and are also receiving advice from two American lawyers.

Bahamas Press will keep you updated.