REMARKS: My brothers and sisters tonight my heart is heavy laden.  I am overwhelmed by despair.  I am grieved and greatly saddened.

As I look at the state of our country today I am consumed by a sense of hopelessness.

Hubert Ingraham and the FNM are destroying this country.  They are governing recklessly; they have no compassion.

The average Bahamian has no place in this country under the present administration.  We have been relegated to second class citizens in our own land.

To think of all the struggles and frustration my father and his father endured to make it better for me, to now come to a day when a democratically elected Government would throw it all away.

It pains me to think of the Bahamas that my children and grandson will inherit if we allow Hubert Ingraham and the FNM to continue on their path of national destruction.

The Bahamian people are crying out!    They are tired of the miserable second class existence.  I feel the anguish.  I know their pain.  They have had enough of this heartless Government.

It is time to put an end to the lining of the pockets of the privileged few at the expense of the many.

I am encouraged that Bahamians in droves will stand up all throughout this country and be counted.

They will shout in one accord.

They will send a resounding message to this insensitive and uncaring Government…ENOUGH IS ENOUGH!!!!

They will be voting PLP!

As the people of the Bahamas in great numbers showed Ingraham and his out going Government that we have had enough, so will Bahamians show them again very soon for the last time.

The FNM have heard the people.  They know your plea.  They just don’t care.  They have turned a deaf ear.

As my mother would say, those who would not listen will feel!

Last year, Elizabeth made them feel. Today the Unions and concerned Bahamians warned them that they will feel again!

All of them will be made to feel – the whole rotten bunch!

These fellas can’t be serious!  Blind Bartimaeus can see that things just aint right in this country!

We have a Government elected by the people bragging about the number of work permits they have issued and the moneys they have collected yet skilled Bahamians by the thousands are unemployed and idle.

Something can’t be right about that!  This can’t be The Bahamas!

Hubert Ingraham and his crew sent talented Bahamians from ZNS home.  That was a failure.  He failed to listen.  He could care less what the unions had to say.  Now they’re advertising positions left right and centre!  Rehiring people who were made redundant!

Just look at the sale of BTC to Cable and Wireless!  I believe most Bahamians do not object to the privatization of BTC!

The vast majority of Bahamians, are opposed however to the sale of BTC to a company with a track record like Cable and Wireless!

The people have spoken, the Unions have spoken, all other political parties have spoken out against the sale, the staff has spoken – but do they listen?  Do they care about the views of the average Bahamian?

Something is stink and rotten in the whole process and it aint just the FNM!

Is it a coincidence that the CEO of URCA is a former Cable and Wireless Executive?

Or that the Human Resources Consultant hired by URCA is also a former Cable and Wireless executive?

Or that Cable and Wireless’ chief negotiator, Sharon Brown is a former BTC board member and a person known to the FNM?

Or that Cable and Wireless was invited to the table well after the bidding process was over?

You aint fooled by the games … so you gotta make ‘em feel!

Julian Francis made it clear during the privatization process that Bahamians need not apply.  Hubert Ingraham stated in the House of Assembly last week that the sale will happen no matter what.  In other words they could care less what you and I and the majority of Bahamians think.  Don’t they realize that BTC does not belong to Hubert Ingraham.  It belongs to the people of the Bahamas.

Since they refuse to listen, you gotta make ‘em feel!

A simple proposal to URCA today can result in cell phone rates being cut drastically today.  We do not need Cable and Wireless to do that.   Stop insulting the intelligence of Bahamians with such foolishness.

We lowered the rates before and the profits of BTC grew as a result.

Hubert Alexander Ingraham, Zhivargo Laing and Julian Francis, if you really care about the price of telephone services and the hell Bahamians are catching, lower those prices NOW!

Challenge them!  Challenge your Member of Parliament! Ask them why won’t they do it NOW!  The urgency of NOW is here!

If they won’t hear us now, we must make sure they feel us later!

BTC represents arguably the most valuable asset that has ever been agreed to be sold in the history of the Bahamas.  It is an important matter.  This is serious business.

Its debate should not be reduced to bar-room chatter with smokes, mirrors, half-truths and false choices.

The debate and vote in the House of Assembly in several weeks is a crucial one.

Tonight we need to sound the trumpet and echo the call for the partisan whip to be removed for this most important upcoming BTC debate. Let every man and woman stand as man and woman in the House of Assembly.

Remove the partisan whip and let your members vote their conscience on behalf of the people that sent them to the House!

This is serious business.  This is no time for voting along Party lines!  This is a time for every parliamentarian to vote individually as a Bahamian!

Every bucket gotta stand on its own bottom…that time is now!

BTC is a treasured national asset.  Drop the partisan politics.

Do the right thing!  Remove the whip!

It’s time for every man to be man and every woman to be woman!

Parliament is a place for men and women, not jellyfish!

We need men and women in the House of Assembly and not a maximum leader and a band of puppets.  Bahamians deserve better.

Bahamians it is time to fight!

It is time to fight against Hubert Ingraham and the bastardization of the Bahamas.

It is time to stand up for the future of our country!

Are you ready to be counted?

Are you ready to make them feel?

Are we ready now? 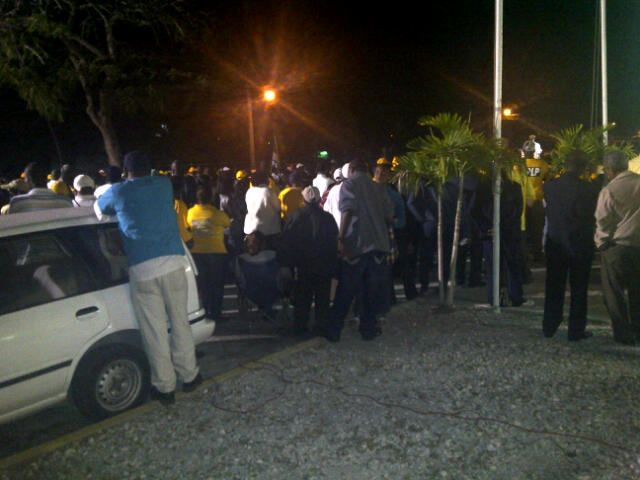 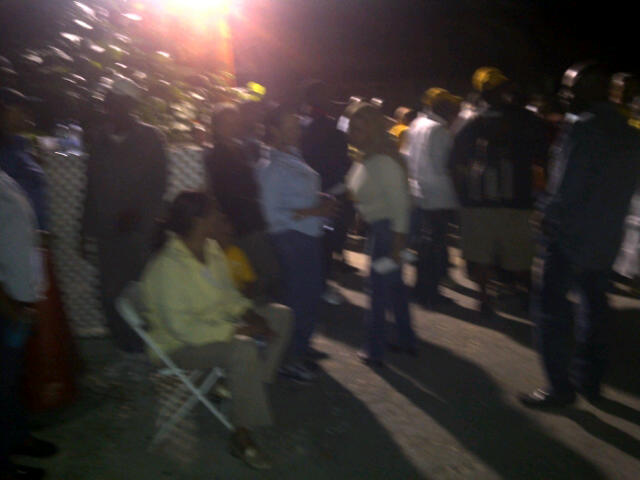 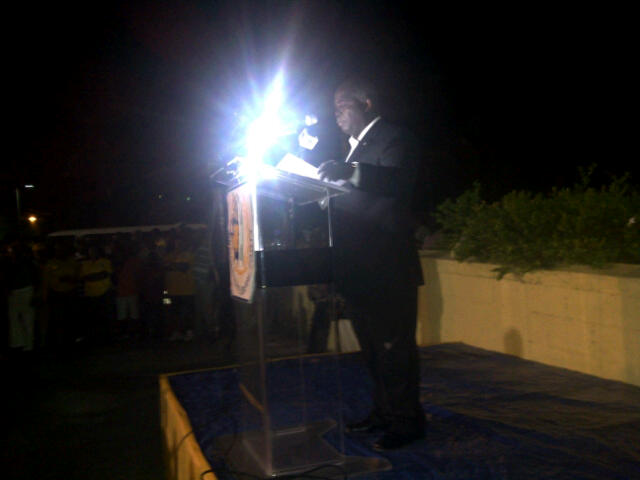