FNM Assistant Treasurer tenders his resignation from the Party….

Nassau, Bahamas — Deep concerns have rocked the DNA over the weekend after Bahamas Press reported how its Executive Member JP Michelsen was arrested and charged on counts of stealing more than $200,000 by reason of service.

The former FNM turned DNA is deeply involved with the group behind that scandal of Stellar Waste-to-Energy which miraculously got the MP for Bamboo Town to signed a Letter Of Intent.

A former supporter of the DNA told Bahamas Press, “This is the same reason why I ceased my support for the Party. It appears that every time you turn around someone in the DNA is being charged for some crime. I wonder if they vet the people who are around them?”

Readers would remember how two candidates for the party had to be dropped from the candidate list in the 2012 general elections for cases of a criminal nature before the courts.

But even while Michelson is on bail and has confessed to the crime, at least one hardcore FNM has joined the DNA.

Bahamas Press has learnt Assistant Treasurer of the FNM, O’Brian Knowles, has tendered his resignation to Chairman of the FNM Daron Cash. Knowles is a hardcore supporter of Loretta Butler, whose bid for leadership was written-off in a big bust-up in Abaco a few weeks ago.

One supporter of the FNM told us, “Boy, from the looks a things, BP – it appears Christie in for a second round.”

Sources tell us Richard Lightbourne may also join the DNA. 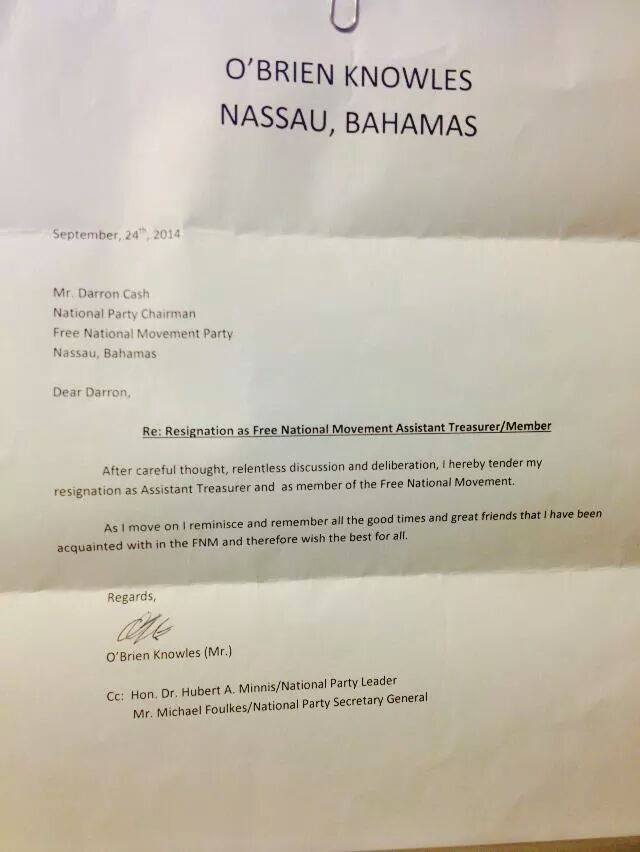