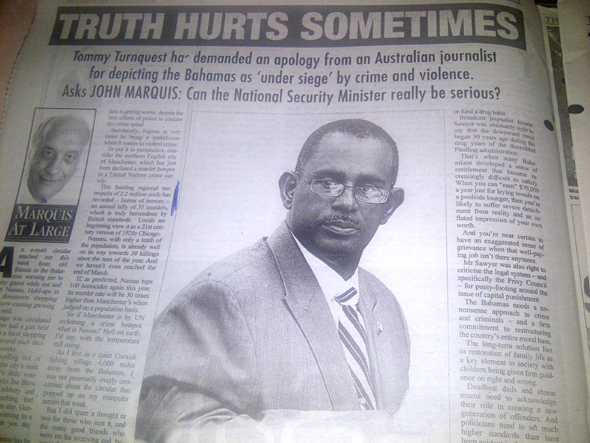 MURDER CLIMBS BY THREE IN ONE DAY!

Breaking News coming into Bahamas Press right now confirms another male is dead, moving the murder count since 2007 to over 502. The victim we know died at hospital following multiple stab wounds about the body. Persons tell us the victim was stabbed in key parts of his upper body. We can report the victim was allegedly attacked by his girlfriend. The woman is now in police custody. The incident reportedly occurred in the Cowpen Road area. This latest murder records the third bloody incident for the day. Just some hours earlier a man was gunned down in the South Beach vicinity…WE REPORT YINNER DECIDE!

This latest incident occurred in the South Beach area.

Reports reaching our desk tonight confirms the victim is 31 and just celebrated his birthday this past Sunday.

We can report the victim is Kmar Walkins. EMS arrived and pronounced the victim dead.

We can report the young male was shot multiple times about the body.

Sources on the ground tell us a high-powered weapon is believed to be the weapon used in the incident.