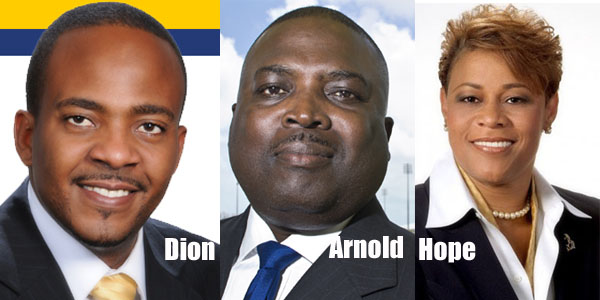 STATEMENT: The Cabinet Office announced today that pursuant to Article 73 of the Constitution, the Prime Minister, the Rt. Honourable Perry G. Christie, has advised Her Excellency the Governor-General, Dame Marguerite Pindling, to make the following ministerial appointments:

The Hon. Hope Strachan, Member of Parliament for Sea Breeze, is appointed the new Minister of Financial Services with effect from Monday, January 12th, 2015. In the meantime, Mrs. Strachan will be the acting Minister of Transport & Aviation during the absence of the Hon. Glenys Hanna-Martin who is travelling on state business.

The Hon. Arnold A. Forbes, the Member of Parliament for Mount Moriah, is appointed Minister of State in the Ministry of Works & Urban Development, also with effect from Monday, 12th January, 2015.

In addition to the foregoing ministerial appointments, Mr. Dion Smith, Deputy Speaker and Member of Parliament for Nassau Village, is appointed the new Chairman of The Bahamas Agricultural and Industrial Corporation (BAIC) in place of the Hon. Arnold A. Forbes, also with effect from Monday, 12th January, 2015.