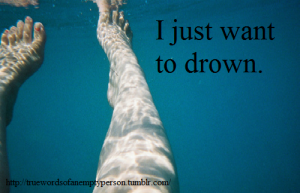 Breaking News ANOTHER SUICIDE IN THE CAPITAL <<<

Bahamas Press is reporting a suicide here in the capital early this morning.

The body of a male submerged in waters near ACL shipping dock on East Bay Street just opposite the Tourism Police Station on Bay.

Sources at the scene tell us a thirty-something young man raced pass dock security and plunged into the waters. The body was retrieved this morning by Defense Force divers accompanied by police. The body was discovered shortly after 5am this morning.

The man is said to have committed suicide by drowning. Sources confirmed nothing suspected.

BP can now confirm reports that more workers at the food store are headed for the unemployment line. Representatives have confirmed to BP more than 70 additional workers, following the closures of its Lyford Cay and Rosetta stores yesterday, will be without a job this Friday.

Last week it was BTC workers, this week its City Markets. The store also closed all of its Deli departments…