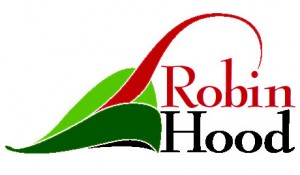 Breaking News <<< Robinhood Foodstore will close down this Sunday…

Nassau, Bahamas — We can now confirm hundreds of workers are headed for the breadline while Papa and the ‘dutty’ red crew will be ‘partyin’ at the big tent event this Sunday. The workers will be made jobless while some claim all is well in the Bahamas.

In a statement issued today, PLP Leader Perry Gladstone Christie responded to Ingraham’s campaign New Years Message noting that, while Ingraham blows his own horn, people in the Bahamas are being fired and their homes are being placed on the market.

Things are getting worse and bitter under the FNM.

Leader of the Progressive Liberal Party

In his speech last night, the Prime Minister continued to congratulate himself and his government.

But the truth is, they should be asking for forgiveness, instead of asking for votes.

They have failed — fundamentally failed — to keep Bahamians safe.

They have failed to put Bahamians first.

And they have failed to invest in people.

They never fail to mention the global economy, but the truth is, they have made a bad situation much, much worse: they have hired foreigners when Bahamians should have received contracts, they delayed projects for political reasons when the economy most needed a stimulus, and they raised taxes when other countries were looking to ease tax burdens during difficult times.

They offer no strategic plans to address critical national issues.

465 murders have been committed since 2007. Bahamians no longer feel safe in their own homes, or on the streets.

For petty political reasons, the FNM cancelled PLP programs, like Urban Renewal, Swift Justice, School Policing, Witness Protection, and Project YEAST. Nothing effective was put in their place. This toxic combination – cancelling programs that were working, plus indifference to creating new policies – has resulted in predictably terrible consequences for our nation.

It’s time for a government which cares about fighting crime all the time, not just at election time.

The PLP has a tough, innovative plan to fight crime, Project Safe Bahamas. We are proposing tougher sentences for illegal weapons possession, and returning police to schools where they’re needed. We are calling for Saturation Patrols in crime hotspots – the areas experiencing the worst crime should be flooded with well-trained police. We need Swift Justice, so fewer people are out on bail, and we need increased surveillance of those who are out on bail. Under Operation Cease Fire, we’ll recruit and train outreach workers in conflict mediation, so disputes don’t turn deadly.

In addition to these and many other crime-fighting proposals, the PLP is offering an updated version of our award-winning Urban Renewal programme. Urban Renewal 2.0 will support at-risk youth with mentoring and after-school programmes, and support for communities fighting violence. Police will work with clergy to create Safe Havens, so that people have an escape when violence comes kicking down their door. Another new element of Urban Renewal 2.0 is Shock Treatment, a plan to bring at-risk youth to clinics, hospitals and morgues, to show them the consequences of gun violence.

Regarding the economy, the Prime Minister has said he is waiting on a US recovery. The US economy has posted 22 consecutive months of job growth while 40,000 Bahamians remain unemployed and underemployed with no job prospects for another year.  Many nations in our region have capitalized on the uptick in the US, improving their stopover tourists, with The Bahamas lagging far behind when we should be leading the field.

The FNM’s approach — sitting back and waiting for the world to work out its problems – is a losing proposition in our newly interconnected, turbulent world.

Perhaps they are too busy with their insults and their one-liners to come up with a strategic plan to expand and diversify the Bahamian economy.

But in an increasingly complex and dynamic society, governments must find creative and innovative ways forward. A government’s responsibility is to offer solutions, not complaints.

The Bahamian election in 2012 is going to be about big things – about the fundamental right to be free from violence, and about giving Bahamians the skills, training and education they need to compete in the 21st century.

With the energy and innovative ideas of our new generation of candidates, and the experience and wisdom of our seasoned candidates, the PLP is ready to get to work on behalf of the Bahamian people on day one.