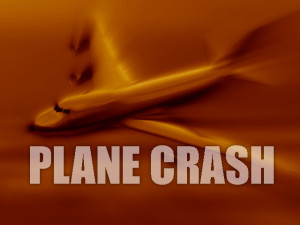 We can tell you details are sketchy, however, teams on the ground report at least three persons are dead following the incident.

Upon landing in Mayaguana about 12:30am a twin engine aircraft collided with a vehicle, which was parked off to the side of the runway thereby careening out of control.

The plane’s wing struck another vehicle and the vehicle burst into flames.  Two or more persons perished in the fire in the second vehicle.  Pilot and passengers on plane are safe.  This was an emergency flight.

Minister with responsibility Hon. Glenys Hanna Martin early this morning has already updated the public on the developments and has issued information to the press and promises her minister to began a full investigation.

In the early hours of this morning I was informed of an aviation
accident in Mayaguana resulting in the tragic death of 3 people. I am
advised that all 3 persons are residents of the island of Mayaguana.

A preliminary report from the Department of Civil Aviation says that
on 4th April, 2013  at approximately 12:30 a.m. a Cessna C402 owned by
Leair Charter Service Limited with a crew of 2 on board was making a
landing at night for an emergency evacuation flight with two vehicles
strategically placed to outline the useable portion of the runway. It
is reported that the aircraft made contact with one of the vehicles
resulting in the deaths of the 3 passengers in that vehicle.

An investigative team comprising the Royal Bahamas Police Force and
the Air Accident Investigation and Prevention Unit of the Department
of Civil Aviation will fly into Mayaguana at 5 a.m. this morning.

I wish to assure that a full investigation will be carried out by the
Department of Civil Aviation into the causes and circumstances
surrounding this terrible event. I will report further as information
permits. Out of respect for the families, the names of the persons
killed will not be disclosed until an official release is made by the
Royal Bahamas Police Force.

I extend my heartfelt condolences to the families of these beloved
persons and to the wider community of Mayaguana who share in this
loss.