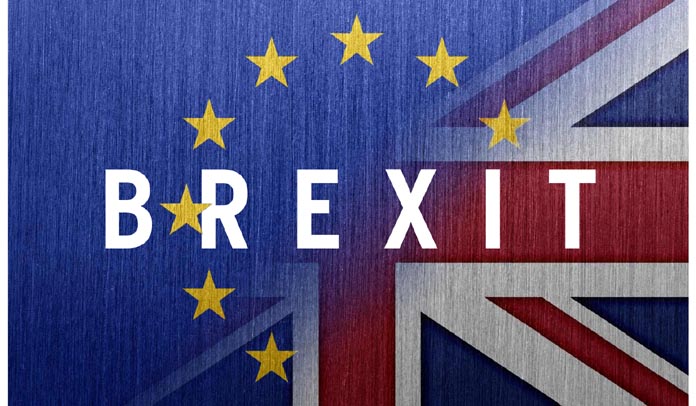 About two months ago, via referendum, the citizens of Great Britain by a very narrow majority, voted to leave the European Union. Truth be told, The referendum was never about Britain getting a raw deal in the European Union and wanting out so that it can prosper on its own. It wasn’t even about voting to stop the hordes of barbarian refugees at the gates of the castle, given its natural moats, the Channel, the North Sea, which, at other critical moments in history, stopped would-be invaders like Hitler dead in their tracks.

No. This referendum was about a once-fearless people now stricken with fear, a deep-seated but irrational fear that was co-manufactured by their leaders and allies of yesteryear-presidential warmongers in the White House, puppet prime ministers in Whitehall-a fear that is today marketed to the masses by far-right nationalists, some may say neo-Nazis, such as Nigel Farage and Boris Johnson in Britain, Marine Le Pen in France, and Donald Trump in the USA.

The vote was about a once economically-powerful people who enjoyed decent standards of living by global measure, but who today feel the pain of inequity; a widening gap between rich and the poor; and increasingly inaccessible higher education and fewer jobs for those who graduate bearing huge debt burdens.

Blame it on the EU, on the asylum seekers who are taking bread out of Britons’ mouths, putting the health service under stress, education out of their reach.
Britons, at least 17.4 million of them, did not vote on facts: they voted on perceptions, some might say on fiction.

Who are the barbarians battering their borders that they would like to keep out of England?

According to what I consider reliable data, the number of first time asylum seekers doubled in 2015 (from the previous year) to reach 1.26 million. Leading the charge were Syrians (363,000 or 29 percent), Afghans (14 percent) and Iraqis (10 percent).
Most of these refugees were absorbed by continental European countries, with Germany taking the brunt. Few made it to England.

What those who voted to keep refugees out should have asked was: what was the common factor that linked Syria, Afghanistan and Iraq. The answer is a no-brainer: they are war-torn, strife-ridden countries, rendered bloody, even uninhabitable, by the machinations and interventions of Washington, London and Paris.

It was these latter countries that initiated wars in all three. In the case of Syria, the trio declared open season on Assad, inviting anyone who cared to take a shot at him to fire away. They even armed, equipped and financed them. Out of that reckless misadventure came ISIS, which, like the Taliban and al Qaeda before, are creations of the western warmongers.

So the influx of refugees from Syria, Afghanistan and Iraq into continental Europe is a direct consequence of the West’s stupidity, and now citizens of Europe are paying the price, on top of the trillions of dollars those wars cost and the lives lost in them.

David Cameron’s blind backing of Barack Obama’s misadventures in the Middle East has returned to terminate his political career. Today, Le Pen and her fellow-Nazis in Austria, Holland and other countries are smelling EU blood. And tomorrow, that moron Trump might well find himself in the Oval Office playing with the controls for the US nuclear arsenal.

The above have, in different measures, influenced a bare majority of voters in Britain to pull that country out of the EU. And EU members who are fed up with Britain’s bickering are telling London to leave, post haste.

What those who campaigned for the exit will not tell those who heeded their call is that the root causes of Britain’s many problems will remain even if the country stops trading with its former EU allies, if it refuses to take another refugee or immigrant, if it barricades itself like the bastion they think it could be.

Britain’s fundamental problems, like the USA’s or Russia’s or The Bahamas for that matter, lie in a generic economic formula that has been touted as a panacea to its many challenges, and a social stratification in which wealth has trumped class, and both remain out of reach of the vast majority of Britons.

Withdrawing from the EU will not ameliorate these intractable problems; rather, it is likely to aggravate them.

That 17.4 million mostly mature English people fell for the diatribe peddled by the anti-EU campaigners tells a sad story of how the mighty have fallen, from an intelligence perspective.

The 16.1 million mostly young people who held firm to the vision of an integrated Europe and a better world should now seek to change their national anthem because not even God can save the queen.