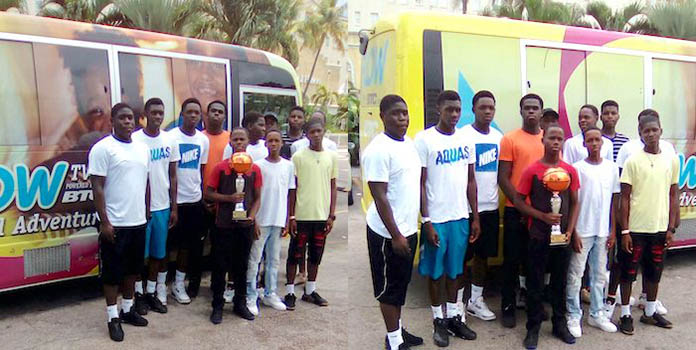 Championship Basketball Players from Grand Bahama Island hit the streets of New Providence in style thanks to the support of The BTC’s Northern Division. The BTC Branded Bus was on the move transporting two teams from Grand Bahama Island’s Reach Out Youth Organization as they competed in the annual Peace on the Streets Basketball Tournament. Pictured alongside the BTC Branded Bus, are members of the Under 16 boys team who were crowned the undefeated champions of their division. A second team the Under 19 boys secured a third place finish in this year’s tournament.