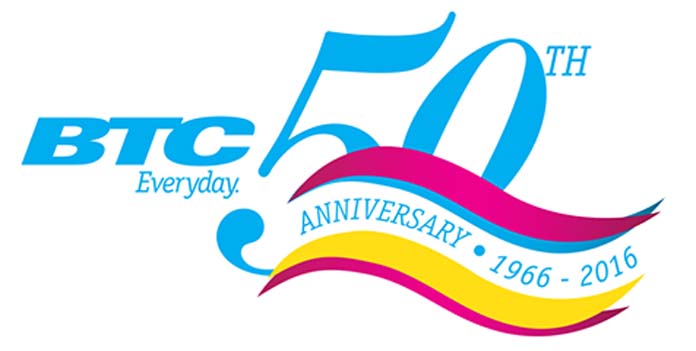 Nassau, Bahamas – This June, BTC celebrates 50 years of telecommunications in the Bahamas!

For over a century, Bahamians have stayed connected thanks to the ever evolving and pioneering efforts of the country’s first communications provider, but it wasn’t until 1966, that The Bahamas Telecommunications Corporation, or BaTelCo, officially became what it is today. In the past 50 years, the company has changed the way that Bahamians communicate with each other, and the entire world.

On June 14, 2002, The Bahamas Telecommunications Corporation would become The Bahamas Telecommunications Company Limited, better known as BTC, but the company would remain as steadfast as ever in its commitment to connecting Bahamians from Grand Bahama right on down to Inagua, and beyond. From direct distance dialing in 1971, to the first cellular network being installed in 1987, and all of the milestones since, BTC has remained on the cutting edge of technology.

During the entire month of June, we will celebrate BTC’s milestones, growth, and the stories of the men and women who made it all possible.