BTC has done it AGAIN!

Bahamas – Bahamas Telecommunications Company (BTC) is sending out a call to customers to join the company and the Bahamas Red Cross in helping Caribbean neighbor Dominica, post Tropical Storm Erika.

Associated Press reports that the Dominican government has sent out requests for aid to “every single leader in this world,” Prime Minister Roosevelt Skerrit said in a nationally broadcast speech late Monday. “This country needs all of the assistance it can receive from every legitimate and legal source of funding,” Skerrit said.

Answering that plea, BTC has set up a platform to donate to the Government of Dominica’s relief efforts via text message. Customers can text “HELP” to the specially designated number “5200” to donate a dollar to the disaster relief effort.

All funds will be donated to the Bahamas Red Cross, who will in turn direct the aid to its counterpart in Dominica.

BTC CEO, Leon Williams, stated that BTC feels it is the company’s duty as a member of the Caribbean telecoms community, and a corporate citizen to lend help.

“BTC is an active member of the Caribbean telecoms community and the disaster jolted us to action as we thought of our counterparts in Dominica, their families and their friends. Dominica is a part of the CWC family and it’s only natural that we provide support.”

He urged Bahamian customers to lend a hand in the fundraising efforts.

“In the Bahamas we have a strong charitable culture and we are not strangers to the ruin that storms and hurricanes can bring. We have seen before, with other disasters, Bahamians have mobilized to aid their Caribbean neighbors in times of need and we ask them to show this charity once again. We ask all who can to text “HELP” to “5200” to donate a dollar to the relief efforts in Dominica.”

The fundraiser is a part of a larger effort from all of the Cable and Wireless Group entities across the region. In a letter to Prime Minister Skerritt, C&W extended heartfelt sympathies on behalf of the entire Cable & Wireless team across the region, and reaffirmed support for the people of Dominica in the recovery effort.

In Dominica, the C&W also offered $5 free credit to all prepaid customers on the network to facilitate contact with family members and friends. This was echoed across the Caribbean, where both Flow and LIME teams have initiated other ‘Dominica relief efforts’ to support the storm affected island.

Erika passed just North of Dominica on August 27th forcing hundreds to evacuate their homes as landslides and floods devastated the island. In the aftermath, nine communities have been declared “Special Disaster Areas” and 35 persons have been confirmed dead with many still missing and hundreds of families left homeless.

Nearly a week after the storm, rescuers are still searching for residents in the village of Petite Savanne that was covered by a massive landslide. Many other communities remain cut off with no access to electricity, water or food, their roads, bridges, schools, and churches having been washed away.

All companies are invited to join the cause. Organizations that are interested in donating or partnering can contact BTC at 225-5282 or the Bahamas Red Cross at 1(242) 323-7370 or redcross@bahamas.net.bs. 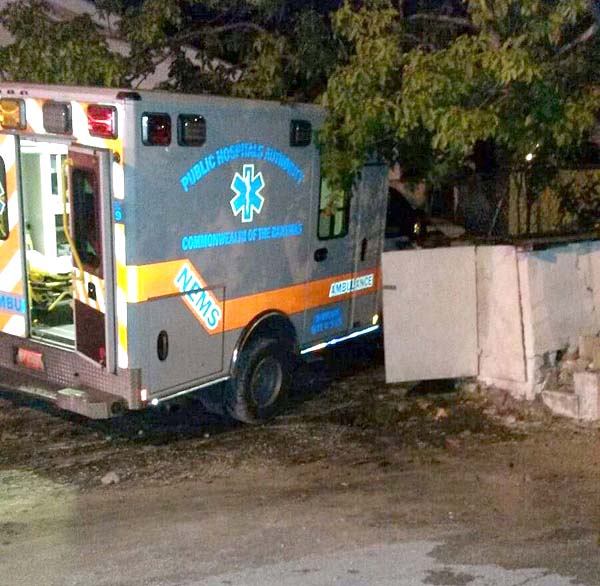