Bahamas has a new Track Queen – Shaunae Miller takes the GOLD at the Rio Olympics!


Rio – The BTC GOLDEN GIRL Shaunae Miller has claimed the Gold in the Women’s 400m race.

It took a dramatic dive by Miller at the finish line to win the women’s 400-meter final, preventing American Allyson Felix from capturing a record fifth Olympic gold medal.

Felix won the 400m at the world championships last year and was planning to run the 200- and 400-meter double in Rio, but was hampered by an ankle injury at the U.S. trials and didn’t make the team for the 200.

Shaunae is just 21 Felix is 30-year-old! We now have a NEW BAHAMIAN TRACK QUEEN!!! 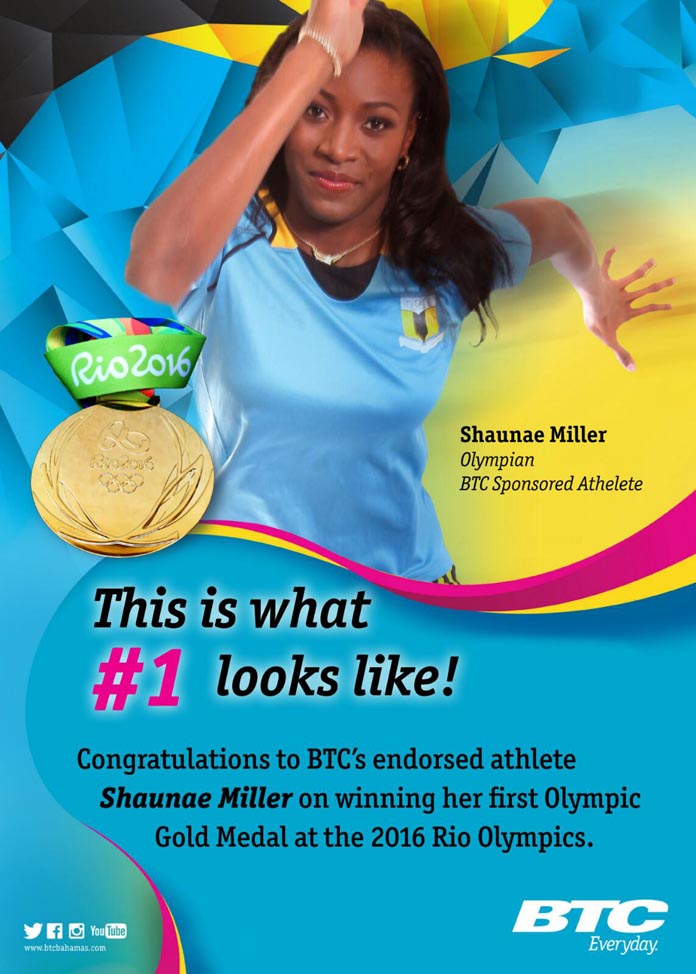