Seen above is Senator Vincent Vanderpool Wallace and his son Killian, Minister  Zhivargo Laing and Mrs. Laing and their son Zhimaal, and Senater Dion Foulkes and his son Dion William. 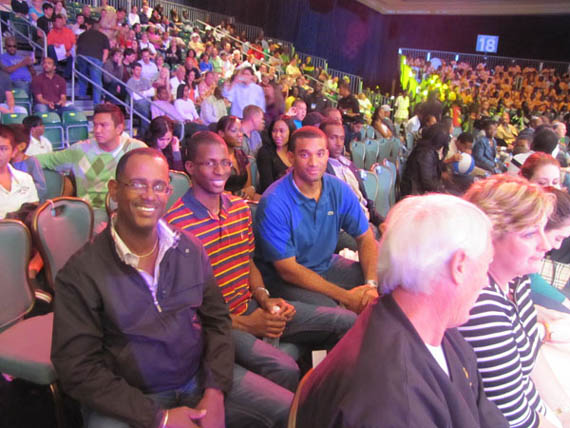 Minister Tommy Turnquest and his sons Carey and Robert.