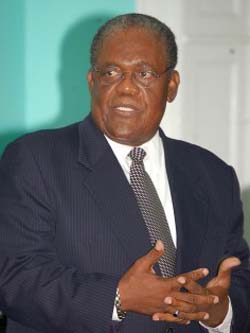 The Cabinet Office today announced the appointment of a new Senior Command of the Royal Bahamas Police Force. The appointments are in keeping with the recommendations of a Strategic Review of the Police Force.

In agreeing a new Senior Command, the Government is acting in accordance with the recommendations of the Strategic Review Report which called attention to the urgent need for “… a leaner and fitter command chain which should ensure an appropriate development of responsibilities and provide senior and middle managers with more clearly defined roles and responsibilities”.

The Government notes that the Strategic Review recommended that the Senior Command of the Police Force should comprise the following posts:

Notwithstanding the recommendations, by May 2007 the previous administration had increased the number of posts in the Senior Command of the Police Force to include the following:

The posts of Assistant Commissioner had been bloated from the recommended four to a total of 10.

The Cabinet Office advised that there are no further plans to reduce the number in the Senior Command except by way of normal attrition. However, there will be no new appointments to the ranks of Senior Assistant Commissioner of Police or Chief Superintendent.

Also as a part of the present reorganization, a number of police officers, having attained the age of 55 years, have been permitted to exercise their right to retire from the Force. They are:

Prime Minister Ingraham recognizes that crime and the fear of crime remain priority concerns of Bahamians everywhere. He stated that the cause of crime was multifaceted and required intervention on many fronts, hence ongoing initiatives in the Education, Social Welfare and Cultural Development sectors of Government.

However, he said that all would agree that primary to effective crime fighting was a properly staffed and equipped police force. He said that the Government is committed to improving the efficiency and effectiveness of the Royal Bahamas Police Force. 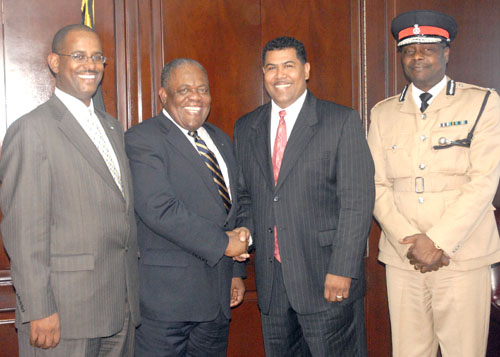