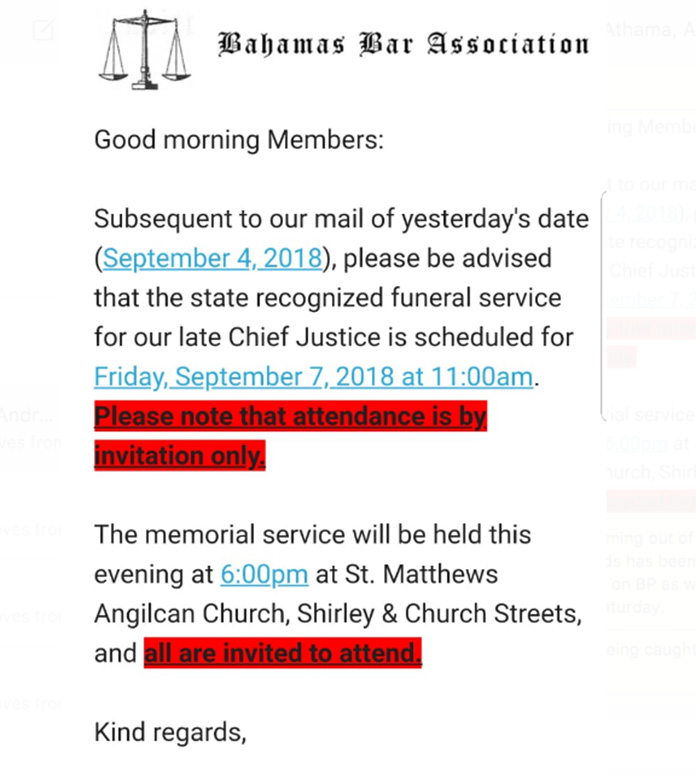 Nassau – Bahamas Press is learning that the Cabinet Office had failed to invite members of the legal fraternity to the State Funeral of Chief Justice Stephen Isaacs, which will be held at Christ Church Cathedral at 11am on Friday morning.

In a letter dispatched to legal minds around the country through the Bar Association, members were informed via email that up to September 4th {Tuesday} the State Funeral of The Chief Justice was by invitation only and that Members of the Bar were only invited to attend a memorial to be held at St. Matthew’s Anglican Church on Wednesday.

Well, after cussing the government for its silly decision, particularly on the popular show of Freedom March by Rodney Moncur, the government has since recanted their decision and has now invited members of the Bar to attend the State Funeral.

Members of the Bar Association are now being asked, as of yesterday, to assemble outside the Supreme Court Building at Bank Lane at 9:30am to march in a procession to the Cathedral for the State Funeral.