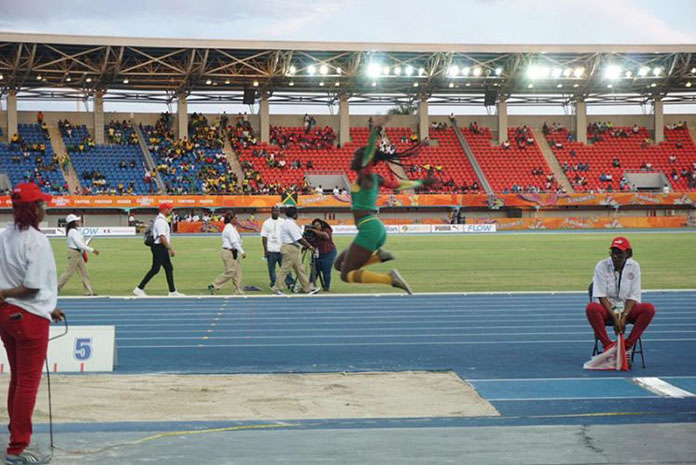 Nassau – Bahamians abandoned the national stadium over the weekend, many of whom were unable to attend CARIFTA due to serious and growing unemployment and austerity measures by the Minnis Government.

The times are so tough that the persons organizing the games even ran out of CARIFTA medals to award to the athletes. This was a first and a national embarrassment.

The event was a first collapse and bungle for Minister of Sports Michael Pintard who could not even make sure that the people could get to the national stadium via shuttles.

With morning tickets free, the national stadium remained empty, with just a section of Jamaican fans cheering the Caribbean athletes to victory.

Meanwhile, Bahamas Press wants to know why was it necessary for BAAAs executives to book suite rooms for themselves in the Hilton Hotel in Downtown Nassau. Those same high rollers in the BAAAs booked expensive car rental for themselves as they behaved like the CARIFTA $2 million budget was their personal funds.

And, while no executives from the visiting Caribbean Countries had passes for the holiday event, BP can report that less than 4,000 fans attended the weekend event due to poor promotion of the CARIFTA Games.

We at BP call for an audit of the BAAAs handling of this event.