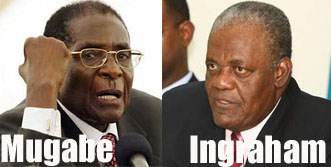 PUBLISHED BY THE NASSAU GUARDIAN!

When Cassius Stuart met with a U.S. Embassy official before the Elizabeth by-election last year, he claimed he had been approached by Progressive Liberal Party (PLP) leader Perry Christie “who said he was looking for someone to mold to eventually take over the leadership of the PLP.” Stuart also likened Prime Minister Hubert Ingraham to Zimbabwean dictator Robert Mugabe, according to one of the diplomatic cables The Nassau Guardian obtained through the whistle-blowing non-profit organization WikiLeaks.

Now a member of the Free National Movement (FNM), Stuart was leader of the Bahamas Democratic Movement (BDM) at the time.

The cable said Stuart also likened Ingraham to former Haitian President Jean-Bertrand Aristide and said the PM was “letting the country go to hell and allowing it to be bought by China”.

But a lot has changed since the by-election and Stuart’s meetings with the American diplomats.

He joined the FNM in April this year, acknowledging at the time that the move was a good one for the members of the BDM because the FNM’s ideals matched theirs.

“My message over the past decade has been adding value to the lives of every Bahamian,” Stuart said at a press conference to announce the BDM members’ decision to join the FNM. 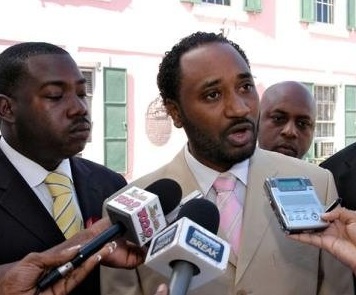 “Moving forward, the prime minister has assured us that the next years will be just that, building lives.”

According to the cable, Stuart had been highly critical of FNM policies, which he said caused the country to be in such a position that it could “easily become another Haiti”.

He told the embassy official that the United States had a stake in not allowing this to happen because “you don’t want boat loads of Bahamians to begin arriving on your shores.”

He also raised what he characterized as “significant concerns” about the Government of The Bahamas being courted by the People’s Republic of China.

According to the cable, Stuart told the American diplomat the country’s education system was “randomly drifting…We’re stuck on a treadmill and we’re moving backwards.”