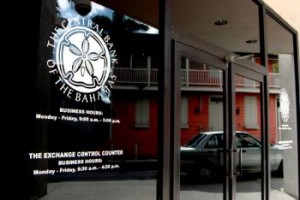 The Bahamian economy maintained a mild growth momentum in May, supported by ongoing gains in the tourism sector and foreign investment-led growth in construction output. Reflective of the pass-through effects of the recent decline in global oil prices, domestic energy costs trended downwards in May. In the fiscal sector, the deficit for the ten months of FY2011/12 widened, as expenditure increases offset the rise in revenue collections. Monetary developments for the month featured a significant slowdown in the build-up of bank liquidity, while foreign inflows related to Government tax receipts from the sale of a large-scale tourism resort, supported modest growth in external reserves.

Indications are that the tourism sector’s performance continued to show steady progress towards achieving its pre-recession levels. Based on a combination of an upturn in group business, aided by increased airlifts, the economic recovery in key source markets, and ongoing incentive programmes, arrivals for the opening quarter of 2012 grew by 10.8% compared with 10.4% in 2011. This performance included an 11.2% gain in air arrivals, up from a 7.0% decline in 2011, for 356,500 visitors-the highest since the corresponding period in 2008. Meanwhile, growth in the dominant sea traffic subsided to 10.7% from 16.2%. Provisional performance data from a sample of hotels in New Providence and Paradise Island for the review month, placed total room revenues up by 3.0% in May over the previous year. This outturn reflected a 5.7 percentage point gain in the average occupancy rate to 66.8%, which overshadowed a 6.1% decline in the average daily room rate to $206.53. Similar trends were evidenced over the five months of 2012, as the sector continues its progress towards reaching its pre-recession levels. As a consequence, room revenues improved by 6.7% over the corresponding period a year ago, based on a 5.5 percentage point gain in the average occupancy rate to 72.4%; however, robust competition from other destinations influenced a decline in the average daily room rate, by 2.2% to $249.75. The majority of hotel properties registered revenue increases over the period, due primarily to higher occupancy levels, as over one-half reported lower room rates.

Reflecting the recent contraction in international oil prices, average domestic costs for both gasoline and diesel declined in May, by 5.9% and 6.9%, to $5.41 and $5.39 per gallon, respectively. Year-on-year, the price for diesel firmed by 3.7%; however, gasoline prices decreased by 3.4%. The Bahamas Electricity Corporation’s fuel charge stabilised at 26.50 cents per kilowatt hour (kWh) over the month, but was 16.5% higher relative to 2011.