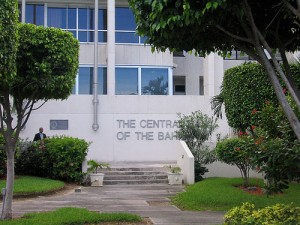 Report shows everything gone up in the Bahamas

Nassau – April 3, 2012 — In the context of improving global economic fundamentals, indications are that the domestic economic recovery was sustained over the review month. Initial data showed gains in key tourism indicators, while foreign investment, combined with public sector infrastructural projects, underpinned the expansion in construction sector output. Consumer price inflation continued to show an upward bias, amid the firming price trends on the international crude oil market. Revised data for the fiscal sector indicated a contraction in the overall deficit for the first six months of FY2011/12, as revenue gains outstripped an increase in spending. In monetary developments, although growth in bank liquidity maintained pace with the year-earlier expansion, the build-up in external reserves was comparatively slowed, amid a public sector-led expansion in Bahamian dollar domestic credit.

Aided by the recovery in key source markets and ongoing incentive programmes, tourism activity maintained a positive momentum during February. Preliminary data on room revenue for a sample of hotels in Nassau and Paradise Island posted a 10.9% hike, extending the 8.8% gain for January. Average occupancy rates firmed by 4.8 percentage point to 69.2%, to outpace a 0.9% contraction in average daily room rates (ADRs) to $237.68.

Inflation for the twelve months to February—as measured by the Retail Price Index for The Bahamas—firmed to 3.3% from 1.5% a year earlier. This outturn mainly reflected accelerated average price increases for transportation (8.9%), furnishing, household equipment & maintenance (4.1%), housing, water, gas, electricity & other fuels (3.3%)—the most heavily weighted item on the index—restaurant & hotels (3.1%) and education (3.0%). Food & non-alcoholic beverage costs firmed by 2.2%, a reversal from a 0.9% decline in the prior period, while gains of less than 2.0% were registered for all remaining categories.

Reflective of the uptrend in international oil prices, energy costs increased in February, as both gasoline and diesel prices rose by 4.5% to $5.31 and by 0.2% to $5.15, over the prior month and firmed year-on-year, by 12.0% and 17.0%, respectively. In terms of electricity costs, the Bahamas Electricity Corporation’s fuel charge was higher, on both a monthly and annual basis, by 0.5% and 40.7%, to 26.05 cents per kilowatt hour (kWh).

Revised data on the Government’s budgetary operations for the first half of FY2011/12 reported a narrowing of the overall deficit, by $50.6 million (23.6%) to $163.6 million, relative to the comparable period a year earlier. Total revenue improved by $138.1 million (23.9%) to $716.7 million, as tax receipts expanded by $108.2 million (21.1%) to $620.2 million and non-tax revenues by a lesser $12.3 million (18.4%) to $78.8 million. For the dominant tax revenue category, there was an increase in collections from taxes on international trade, by 32.6% to $390.1 million, owing mainly to a public sector-led two-fold expansion in excise taxes to $207.3 million. More muted accretions were noted for the “miscellaneous” stamp tax, selective services and departure tax categories, of $10.5 million, $2.7 million and $2.2 million, respectively. The rise in non-tax revenue was primarily associated with Government’s receipt of deferred interest payments on bond investments, and some $17.7 million in capital receipts related to a realty sale. On the spending side, aggregate expenditure increased by $87.6 million (11.0%) to $880.3 million, led by a three-fold hike in net lending to public corporations to $68.2 million. In addition, current spending was higher by $25.2 million (3.7%) at $712.2 million, as a 9.1% gain in consumption outlays outstripped a 4.2% reduction in transfer payments. Similarly, capital expenditure expanded by $16.7 million (20.0%) to $99.9 million, explained by an $11.2 million rise in infrastructural spending and a $5.5 million increase in outlays for asset acquisitions.

Budgetary financing over the six-month period, was sourced mainly from the domestic market and comprised a total of $160.0 million in long-term debt securities, $48.0 million in Treasury bill issues and $66.6 million in short-term advances. External borrowing, linked to project financing, amounted to $24.6 million. As at end-February 2012, the total Direct Charge on the Government grew by 0.3% to $3.8 billion from end-2011.