It is amazing how the WUTLESS MEDIA didn’t say one word about this – yet they want freedom of information? They had the information but refused to report it!

Nassau Bahamas — In 2009 Mr. Robert Meyers joined the Chamber on the Board of Directors and started the Education & Training Division, now known as the Chamber Institute.

In 2012, Mr. Meyers was elected Vice Chairman of the BCCEC and in 2013 he founded and Co-Chairs the Chamber’s Coalition for Responsible Taxation.

In May 2014, Mr. Myers was elected as Chairman of the BCCEC. He heads the Caribbean Group, which operates Caribbean Landscape Ltd., Capstone Construction Ltd., Western Hardware and Lumber Co. Ltd., and ACIT Ltd.

Furthermore, as Chairman of the Bahamas Construction Association in 2003, Mr. Meyers was instrumental in asserting industry reform by raising standards, education and creating accountability. But what Bahamas Press has uncovered about Meyers today is truly unbelievable.

You would remember those opposed to the introduction of VAT were led by Meyers – the new generation Bay Street White Knight now heading the Chamber. He is one of them calling the new tax reform “CRAZY” and “Over the Edge”.

Bahamas Press on day one told yinner in repeated articles that to hear Bay Street oppose VAT concerns us.

On August 17th we at BP wrote the following: “We here at BP marvel at this Group of Merchant Thugs, aided by some Foreign elements, trying to tell us what we should do. This group of Merchant Pirates under the disguise of the Chamber of Commerce and Employers Federation, and some folks who want to save the Earth, are running a slick media campaign, claiming they are on our side.

“They want Freedom of Information, among other things, and are telling us to join them to help lower our B.E.C bills. Well, we may have been born at night and in the dark, but it sure wasn’t last night. Since when are these robber barons and modern day pirates on our side?”

Now get this: Just this week the Customs Department confiscated some vehicles owned by some “Powerful People” … that is all that was said to us. Nothing else was said on the matter and interestingly not one media house in the country followed up to investigate whose vehicles were robbing the customs department of its revenue. None but Bahamas Press.

We have found out that the Porsche confiscated in that exercise was owned by the present Bahamas Chamber of Commerce President Mr. Robert Meyers. The Wutless Media and foreign agents at the desks inking their pens against Bahamians like Nazis ain’t ga tell yinner that. And we know more.

More than four months ago an investigation now reveals Myers bought the Porsche in the US for over $100,000. The transaction has been confirmed in wire transactions and bank receipts. He kept the vehicle in the United States for several months before deciding to bringing it home to the Bahamas. And when he brought it though Customs he decided to defraud the government by submitting a purchase invoice at under $50,000. What in the hell is this? …. News the wutless media dem refuse to tell yinner. Let this incident had been Leslie Miller or someone connected to the PLP and yinner would have never heard the end!

In our August article we also wrote: “They [Meyers and those opposed to Vat] will spend big money to avoid paying their fair share of taxes. That’s why we are in this mess and VAT is necessary. Re-invoicing by owning dummy companies in Florida and not paying full Customs duties is why VAT is necessary.” We were prophetic. We know dem! They were never on our side.

And so now the car is confiscated and the WUTLESS MEDIA in the Bahamas and the whole group whose voice was loud against VAT have all been hushed following this incident.

Yinner think the papers will carry this like they did Ishmael Lightbourne? We shall watch and see.

Remember Bahamas – They [those opposed to your progress] are not and have never been on yinner side.

PS: Standby as BP is set to expose a PART TWO on the Customs Investigation…. 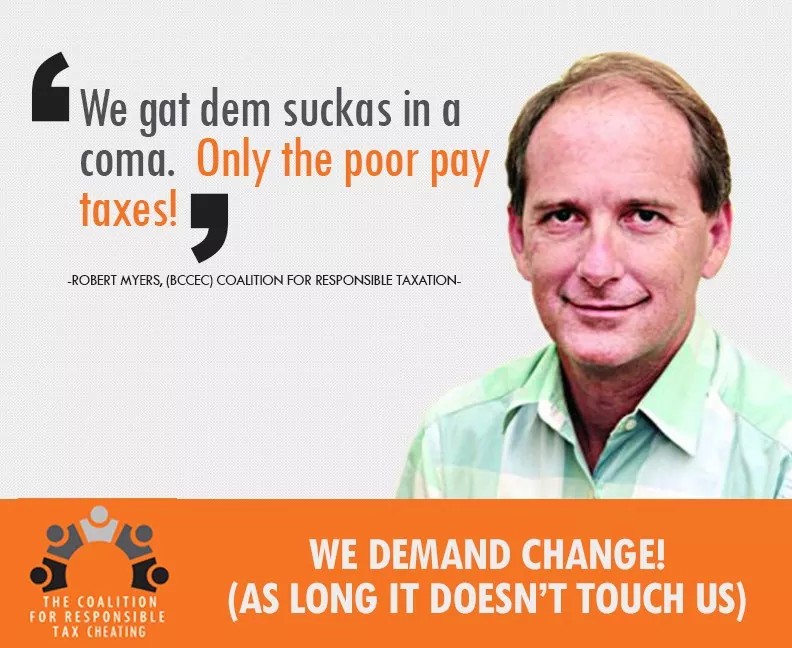