Although Brown collects a subvention from the People of the Bahamas – He is refusing to run for the country! WELL WAIT! 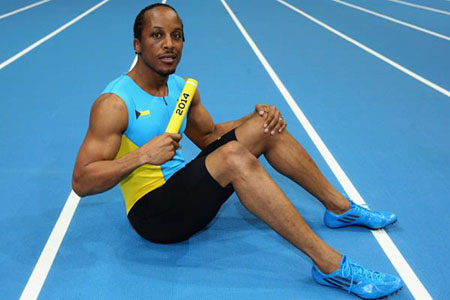 Nassau, Bahamas – If you work in a newsroom like BP these days there is now hunger for news, and tonight we at Bahamas Press have another bombshell to drop in the area of SPORTS. Chris “Firebrand’ Brown, the Bahamian Olympian who took the Bahamas to Gold in the 4X400m relays, has informed officials at the BAAAs that he will not participate in the upcoming IAAF Games in Beijing this August!

The bombshell was dropped on the BAAAs after Brown failed to qualify for the team. He is now replaced by a new Bahamian rising sports star in the 4X400m, Steven Gardiner, who clocked the second fastest time in the world at IAAF event trials over the weekend.

Could Brown be suffering from some mental shock after now seeing that his replacement has reached? All we say is this – “Brown, don’t pull a Sarkis on the citizens too!”