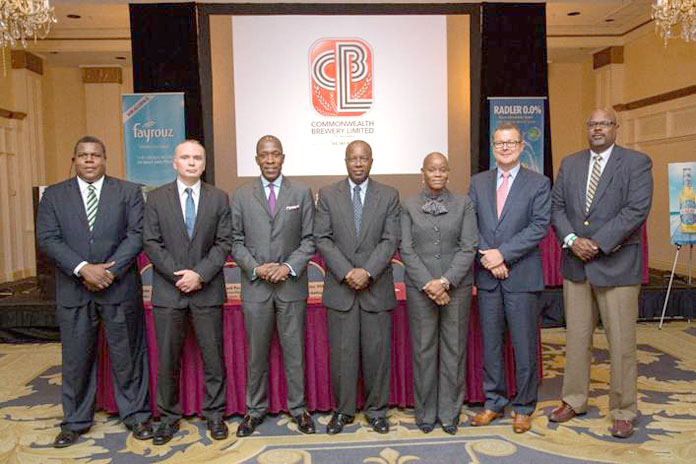 Commonwealth Brewery Limited (CBL) shareholders gave a nod of approval to the momentum and direction of the company, re-electing the full slate of officers that served the publicly-traded manufacturer and distributor of beer, wine and spirits during fiscal 2015.

More than 100 attended the AGM, re-electing members of the board including Julian Francis, who has served as chairman since the company went public in 2011, who represents the interests of majority shareholder Heineken NV. Some 75% of the shares are owned by Heineken and 25% by Bahamian investors, including the National Insurance Board represented on the Board of Directors by Williams-Bethel.

Commonwealth Brewery Limited owns and operates 55 stores on 11 islands and manufactures and bottles beverages including The Bahamas’ most popular beer, Kalik, at its 150,000 square foot plant on the southwest coast of New Providence. CBL captures about 80% of market share for beer sales and offers more than 225 labels at its retail stores and through wholesale sales, a substantial increase in recent years of premium brands. Since going public in 2011, the company has paid out $80 million in dividends and share price has nearly doubled, from $8.33 at the time of the initial public offering to $15.50 at year-end fiscal 2015, December 31. CBL remains debt-free with revenue relatively stable year-over-year at $123.5 million.