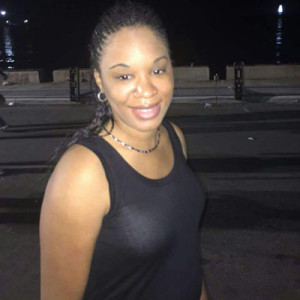 Palmetto Point, Eleuthera — Bahamas Press now working late into the night on the island of Eleuthera has identified that victim in that traffic fatality early Saturday morning. She is 31-year-old, Mrs. La’Tisha Burrows, of Palmetto Point.

The mother of three, investigators believed, had fell asleep at the wheel sometime shortly before 9am when while driving on the main road in South Eleuthera – near the Cotton Bay Estates – where she lost control of her vehicle and crashed into nearby bushes. Her vehicle overturned.

La’Tisha is married to popular award winning island chef, Mr. Pascale Borrows. The couple has a restaurant in Cape Eleuthera.

According to friends La’Tisha was well loved by the community. “She was a kind person. A very loving individual – this is so sad,” a Palmetto resident told BP.