Nassau, Bahamas — While some people are catching hell and are struggling to keep their jobs in the Bahamas, there are others having all the luck in the world. The connected and those who hang around people of power and influence are sleeping under the same roof; getting it all.

The National Insurance Board could be seeing hauling before the courts persons for failing to pay NIB contributions; well today the shoe is on the other foot, and we have a story for you. 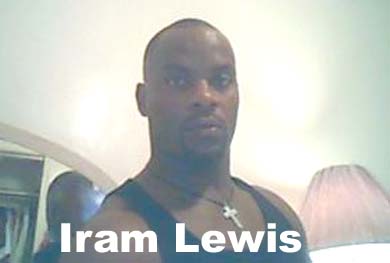 Bahamas Press has once again uncovered another SHOCKING REVELATION. You would remember we reported some shocking news coming out of the National Insurance Board early last month. In an initial report, we told you about the ‘BUFFED ROOMMATE’ of NIB’s former minister, Kenneth Russell and the couple’s close relationship.

Readers would remember Prime Minister Hubert Ingraham quietly removed Russell from NIB. Members of the public never knew why. However, today Bahamas Press will reveal more into the SHADY/SCANDALOUS intercourse of the minister while at NIB.

Contractual agreements now in the possession of Bahamas Press and published in this story reveals Lewis received an advance payment on February 5th, 2009, of $40,000 with NIB agreeing to pay outside the total sum of $232,500 additional expenses including, printing of documents, drawings, maps and records, telegrams, faxes, telephone calls, travelling expenses, hotel accommodations, advertising for tenders and site staff and additional service costs.

The contract also confirmed the Director of NIB, Algernon Cargill, approved the initial payment [Part #1] to Lewis. We also know two members of the board of directors approved the contract and stood in agreement with it. Nevertheless, that’s not the story.

Lewis who lives in the condo with Kenneth Russell and is contracted by NIB as a Consultant is also awarded a second contract by same Board, he advises? THIS IS A CONFLICT OF INTEREST OF THE HIGHEST ORDER!!!

Bahamas Press can also confirm that both Board members approving the contract along with NIB Director were all fully aware of the fact that Lewis is currently paid a whooping $80,000 plus perks annually for consultant services. If this is how the CHEESE OPERATORS are watching the cheese at NIB then it is certain the fund will be in jeopardy for future generations.

We now, therefore, pose several questions to the current minister of finance with responsibility for NIB, Prime Minister Hubert Ingraham:

At the swearing-in ceremony of government ministers back in 2007 Ingraham said the following, “I commend to you the seven principles of public life as presented in Manifesto 07. They are selflessness, integrity, objectivity, accountability, openness, honesty, and leadership.” We, therefore, ask the Prime Minister in looking at this developing revelation coming out of NIB has Russell broken any of these principals, and if he has, what are the consequences?

Prime Minister orders NIB to respond to the charges against them;  Conflicts of Interest. Kenneth Russell seen here alongside the PM was twitching all morning as the matters all point to him and his ‘Buffed Roommate’ Iram Lewis. Below is the cheque paid to Lewis on Feb. 5th, 2009 to commence architectural work.