FNM set to lose another Senator! This is what happens when the newsroom runs wild by the FNM! 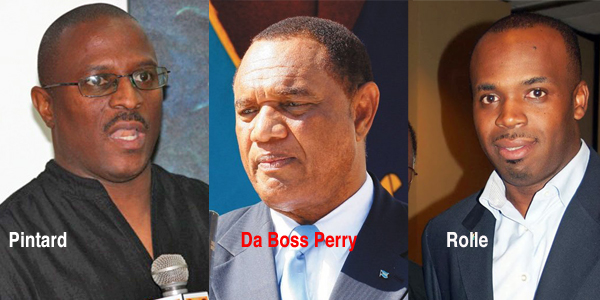 The last time Mr. Christie Sued the Guardian he won and was PAID half a Million! PINTARD TOLD A BIG FAT LIE!

Nassau, Bahamas — Consul General for Atlanta, Randy Rolle, has been placed on Administrative Leave according to a press statement coming into Bahamas Press tonight.

The decision to have the CG report back to the capital stems from an incident, which occurred on the weekend in Bimini. A short statement issued by the Ministry of Foreign Affairs read:

“…..Consul General to Atlanta Randy Rolle has returned to Nassau for consultations with his principals at the headquarters.”

But following that release late tonight, Prime Minister Rt. Hon. Perry Christie who just landed in Panama tonight of the Summit of the Americas issued a statement where he has advised his legal team to sue FNM Chairman for defamation of character on this same incident. That short release read:

“Prime Minister, the Rt. Hon Perry G. Christie, announced today that he has instructed his attorneys to take legal action against FNM Chairman Senator Michael Pintard for defamation of character. According to the Prime Minister, Senator Pintard, in a press release, falsely and maliciously accused him of interfering with a police matter involving Randy Rolle, the Bahamas Consul in Atlanta. “What Senator Pintard said about me was completely and utterly false. It was a bold-faced lie. Now he will have to account for his defamatory assault in a court of law.”

“The Prime Minister further announced that he has also instructed his attorneys to take action against those media houses that published Senator Pintard’s release and in so doing had committed defamation as well.”

Now that these developments have begun someone in the media ga run with they slip hanging!Bahamas Press is watching this one closely as we know Michael Pintard cannot remain in the Senate with a court case looming over him.