We note the Minnis administration’s release of the estimates on the performance of the economy in 2020.

The release of such important data heading into a holiday weekend is telling. But there is no getting around how serious this situation is.

A GDP contraction by 25 percent in nominal terms, and nearly 15 percent in real terms and is dramatic and severe. This reduction in the size of the economy is alarming and troubling but not surprising.

More concerning is our estimation that the level of contraction will be revised to show it is actually starker than 24.7 percent as one of the primary sources of data is VAT information and this information is impacted by poor compliance by taxpayers.

This continued poor tax compliance is a direct result of the gutting of the Revenue Enhancement Unit. The absence of a robust economic growth plan at the outset of this administration’s term in office coupled with the need to balance the budget on an unrealistic timeline without accounting for global shocks has done real but unnecessary harm to our economy. However, using the numbers released for analysis shows that we are in a frightening place.

With $9.5 billion in direct debt at the nine-month mark, according to the fiscal snapshot, we are certain to see a forecasted debt-to-GDP ratio of well over 100 percent for this fiscal year when the budget communication is delivered.

We note that the approved forecast for the entire year was $9.5 billion.

This upcoming budget will be pivotal in charting the country’s future as a recovery to pre-pandemic GDP levels would not be automatic or instantaneous.

We have billions of dollars due in the next few years for foreign currency loans, without any apparent repayment strategy other than “hope for the best”.

Apologists for this administration will likely point to a global reduction in GDP and the effects of the pandemic on world trade and tourism. While there is no doubt that the pandemic is at the root of our economic contraction, the fact that poor management on the part of the government made things worse.

A look at quarter one of this fiscal year shows the dramatic impact of this administration’s haphazard application of the emergency order to shutter businesses and apply lockdowns that halted domestic commerce. A lack
of a scientific approach and basic common sense kept certain sectors shuttered for much longer than was needed. I suppose this administration had hoped that releasing the GDP numbers in advance of next week’s budget communication would help to dull the pain for the Bahamian people. We do see how this administration will navigate this without external intervention.

The most effective help for the Bahamian people would be to see the backs of this incompetent government. But here we are.

We call for transparency on the implementation of the points of what has been released of the economic recovery plan.

We have long urged the government to focus on economic growth and as usual, they have failed us. The PLP has a plan for the economy, a key plank in this plan is a plan for the recovery of Grand Bahama.

We invite Bahamians interested in seeing what a competent strategy for economic growth looks like to review it at plpbahamas.org. 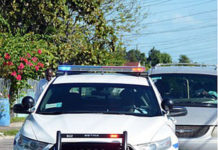 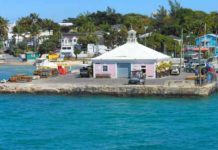