Scrap metal operations continue to be problematic for country!

Nassau, Bahamas – The Bahamas Telecommunications Company (BTC) is appealing to the general public to do their part in maintaining their land and cell phone service by helping stop the copper thefts at BTC sites. 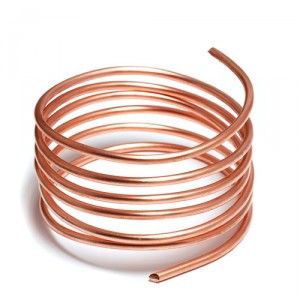 On Friday, Mr. Laing addressed the media and appealed to the public for help in stopping the thefts by coming forward with information that could lead to the apprehension of the criminals.

“Please help us keep your phone service up and running by alerting the police about any suspicious activity involving copper,” he said. “In December, West End was hit once and Eight Mile Rock twice and again this week. Thirteen times last year copper thieves interrupted our phone service to you and cost us time and money.”

Mr. Laing urged the public to report any suspicious activity by contacting the police via 911 or 352-9774/5 and to report outages to BTC.

“Please let the police know of any suspicious activity or conversations that can help them put an end to this criminal activity,” said Mr. Laing.  “And continue to report any service interruptions to BTC centres or by calling 225 5282.  It does help us get you back online that much quicker if you report the outage.”

Jerome Sawyer, senior manager public relations, said that CCTV cameras are installed at many locations but not all.

“CCTV cameras have proved a deterrent as arrests are often made following a crime being caught on camera. Additionally, we have the full support of the Royal Bahamas Police Force which has increased patrols of the various sites.”

Copper thefts rose in 2012 throughout Grand Bahama interrupting service several times to BTC, the Broadcasting Corporation of the Bahamas, The Grand Bahama Power Company and several other business’ including the Sun Coral Shopping Plaza.

In Nassau businessmen Rupert Roberts and Minister Leslie Miller both called on the government to demonetise the metal by banning copper exports from The Bahamas forever.

Both men suffered hundreds of thousands worth of dollars in business equipment and infrastructural damage at the hands of copper thieves last year.  Super Value chain owner Rupert Roberts said at the time that, “drastic action needs to be taken against copper thieves.”