Nassau, Bahamas — The unending saga at the National Insurance Board could result in corporate malfeasance of the worst kind, perhaps the worst ever seen in the Bahamas.

The probe into the state of NIB continues, but the daily revelations are taking a turn for the worst.

Since Bahamas Press published a 22-page letter more than one month ago, communicated by the Chairman to the Minister and copied to Prime Minister The Rt. Hon. Perry G. Christie on NIB Director Algernon Cargill, the corporation has not been the same.

NIB has been in the spotlight of the national conversation every day since then, and today, after our revelations, it will remain on the tables of debate.

We posted how 8 top NIB executives were paid heavy bonus payments over a two and a half year period. We know they shared three quarters of a million dollars during that same period.

In our revelations, we posted how Algernon Cargill took home almost $200 thousand dollars in bonuses over that two and a half year period.

Since our explosive revelations no one knew what was happening at the Board.

In fact, not until now, how the payments were authorized was unknown as former Minister of State in the Ministry of Finance noted in the press how he was unaware of the payment to top executives at NIB – but Laing was in the dark over his own salary, so that’s not a surprise to us.

What is indeed shocking is that similarly, after checking and re-scanning a number of documents and records at the Board, Bahamas Press can also confirm former Prime Minister Rt. Hon. Hubert Ingraham was not made aware of the hefty bonuses at NIB, which we will tell you has shocked our entire investigative team the most since our probe into this matter began.

This is not good and raises a number of questions.

In our exclusive reporting we can also confirm, no member of the former National Insurance Board was aware of the loaded bonuses except the Chairman, who headed NIB board at the time and signed off on Cargill’s proposal – and this is where it gets worse.

Patrick Ward, who advised executives at NIB to seek legal redress after their salaries were exposed on Bahamas Press, has much to answer to the Bahamian people.

For the record, he was the only member of his board who authorized the bonuses NIB executives.

Bahamas Press found deep in our garbage tin, just below the McDonald wrappers and above a Marcos Pizza box, the following document, which confirms our claims.

As members of the public are aware, no member of the board knows, outside Ward, and, for the sake of transparency and accountability, we can attest the same.

Former Board members of NIB came out one by one informing the public that they had no knowledge of the cheques in amounts paid to executives. Bahamas Press saw on Monday BPSU Chairman John Pinder categorically deny having any knowledge of the bonuses and questioned how did one of the executives, who was a contract worker, collect a bonus?

The claim is a mystery to this day! But there’s more.

President of the Teachers Union Belinda Wilson told reporters this week that she, too, had served on the NIB Board and had seen no record nor approved any decision to pay top executives bonuses. Which again begs the question “Did someone in charge of NIB commit Corporate Malfeasance – while Board members and the political directorate were ‘Had, Hoodwinked, Bamboozled, Run amok and Lied to’ by someone in their midst?”

ONLY BAHAMAS PRESS HAS THE ANSWER!

Further, after only one day refusing to tell the press what she knows about the saga of bonuses, Hotel Union President, Nicole Martin, joined the chorus condemning the rip-off of public money at NIB and noting that she played no role in the wholesale ‘THIEFIN’ exercise.

Bahamas Press can confirm additional members of the former NIB Board said the same, so it can be concluded they played no part in awarding Algernon Cargill and others the hefty padded bonus salaries – SO WHO DID?

Chairman of the HR Division of the Board Bowleg also left in the dark!

We reported how another board member, Rev. Etienne Bowleg, said he had no knowledge of the payments, but he is not speaking with the media. We also know Dr. Robin Roberts, another member of the former NIB Board, knew absolutely nothing about the raid on NIB funds and this is where the plot gets worse!

There was no minutes of the Board’s records discussing such, which concludes, the entire Board was left in the dark. And despite the Tribune reporting that they saw such a Board communication, we invite them to present it! Or better yet, we invite them to show who were the board members present in those minutes! The dutty terlet paper Tribune LIES again!

We can confirm our investigations now circle three individuals who did know something about the hefty bonuses and they are:

3) And Patrick Ward – Chairman of the NIB Board.

We have reason to conclude the trio conspired the entire raid all by themselves along with the ghosts of ‘Potent Corporate Greed and wicked intentions’ at their side – guiding them along the way, to reward themselves on the backs of the poor while the poor cannot get a cheque out of NIB!

Documents also shown to BP confirm the trio authorized the money to be placed into the accounts of individuals as a letter of instruction was sent to the Royal Bank of Canada authorizing the transaction in early 2010.

Despite having his hands on the wheel, Hubert Ingraham, knew not a damn thing, but guess what? As Minister, the communication to award such bonuses should have passed up the chain to his office.

That was never done!

So what kind a wicked scheme was this plot by the Director and the Chairman who committed backside rape at NIB?

According to notes circulated by Algernon Cargill in a chart in January 2010 – witnessed by Richanda King – the following was submitted to Patrick Ward for his approval.

In that chart the notes penned by Cargill identify the following:

1)    On the Hay Group Job Evaluation Method, the post of Director has more than twice the points of the average executive position. [Therefore, in this note alone Cargill was saying he should be rewarded double for his trouble.]

2)    For this distribution, there are 12 Executives, including the Director.

4)    The Executive positions TBA have been assessed at a –50% Performance Weight due to restructuring at mid-year. Substantive roles are currently being performed.

5)    The Actuary is a contract position with pay for extra hours worked and therefore bonus payments are not automatic but may be negotiated. [FOP THE RECORD THERE IS NO SECTION AWARDING BONUSES TO THE ACTUARY – which makes this entire decision to do so very shady!]

6)    Since the overall value depends on Performance Rating, the individual amount distributed is therefore adjusted by the Performance Weight.

7)    70% of the Over-based Compensation is to be paid at year and December 2009, remaining 30% following the Audited Financial provided the Company Objectives.

Many Bahamians should remember this was the same year when thousands of residents became unemployed and were resigned to the unemployment lines. Taxes at NIB were being increased, and then guess what? Cargill and Co. began rewarding themselves for pulling off the greatest corporate heist against the Bahamian people in our history.

We at Bahamas Press wish to express no sympathy for those who pillage from the poor. The question though is this: why did Patrick Ward lie to the press?

In an exclusive interview with the Nassau Guardian, was quoted by saying, “Bonuses paid to NIB executives were reasonable and had the necessary authorization before they were paid out.”

He added that Cargill himself could not have approved the bonuses and that he signed off on them as Chairman after clearly defined criteria and a fair compensation system was instituted.

Ward also told the media that a committee of the Board approved the bonuses, and therefore the payments were justified. However, since those statements were made it is clear that it was a committee of one!

And so get this: with all the fallout from former board members, one must ask the question, “WHICH BOARD WAS WARD REFERRING TO, because it appears no one on his NIB board knew.”

Patrick Ward’s employers at Bahamas First must be looking at him cockeyed and upside down by now. And we at BP advise him to seek counsel.

All we say is this – THERE IS MORE TO COME IN THIS NIB SAGA!!! 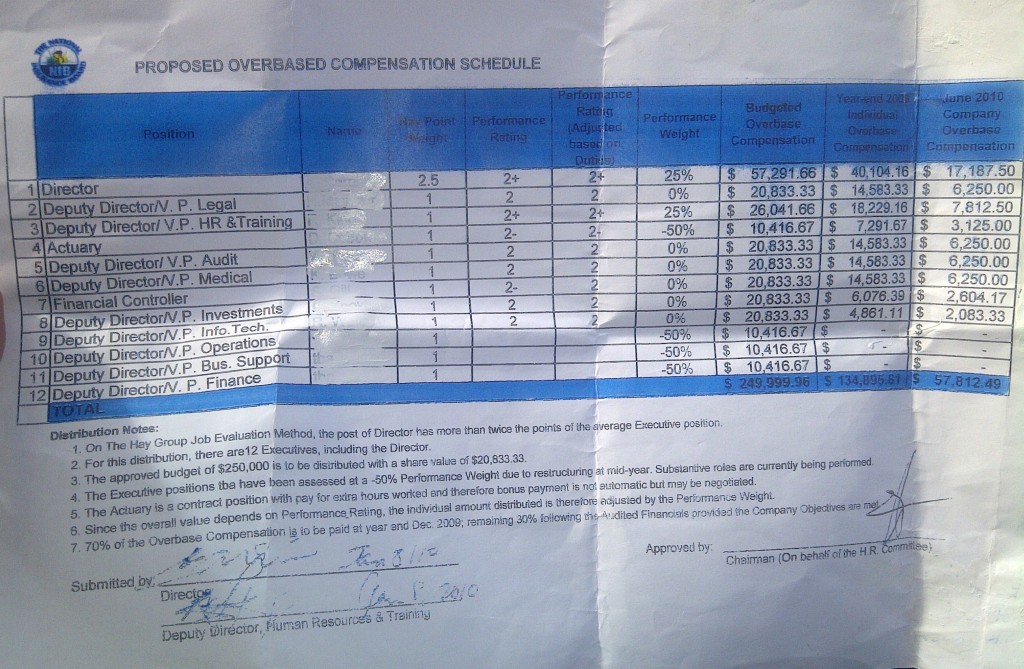 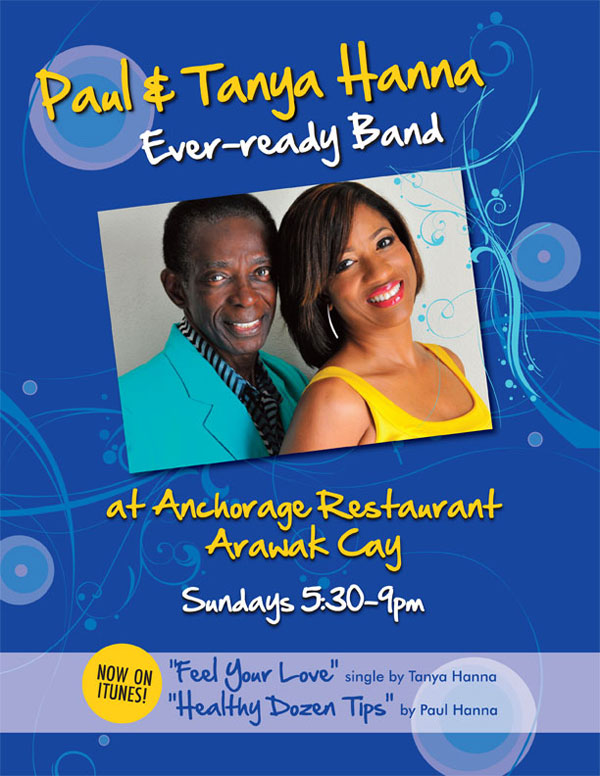