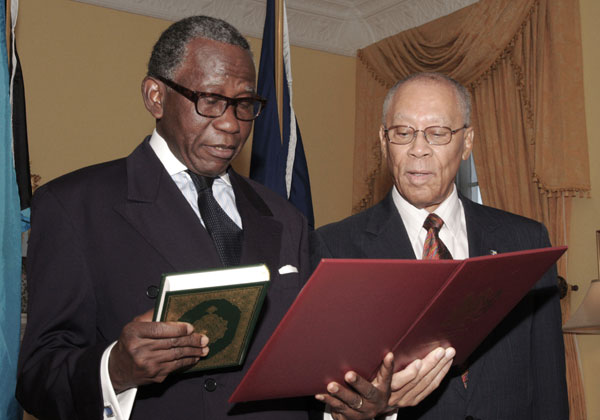 The Hon. Abduial Conteh (left) is pictured being sworn in as a Justice of the Court of Appeal by Governor-General Sir Arthur Foulkes on Monday, Nov. 29, 2010, in the drawing room at Government House.