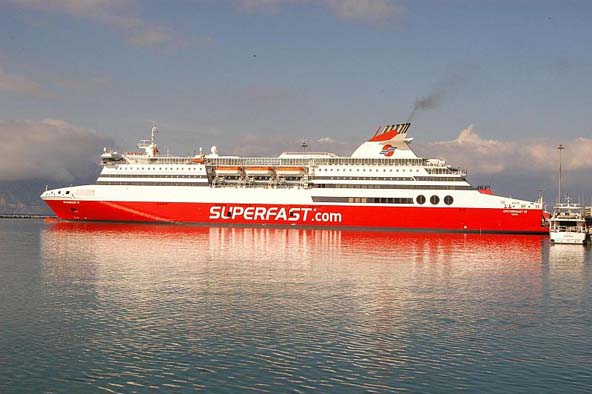 The cruise ship Genting had planned to sail to its Bimini casino last week remains waylaid at PortMiami, after failing to meet U.S. Coast Guard requirements. Originally scheduled to set sail last Friday, it is now unclear when the ship will begin carrying passengers to the Resorts World Bimini casino.

The 32,000-ton vessel and its operators failed tests gauging performance in emergency situations, said Janet Espino-Young, chief of the inspection division at the U.S. Coast Guard. The crew couldn’t meet the requirement that passengers must be off the ship and in lifeboats within 30 minutes, she said. Emergency sources of power and the mechanism that allows lifeboats to drop from the ship malfunctioned, she said. There was an “overall lack of proficiency by the crew to respond to an emergency situation,” she said.

On Saturday, Espino-Young said, the Genting ship crew successfully lowered the lifeboats and performed an evacuation drill. However, the Coast Guard will continue working with the crew because outstanding discrepancies still remain.

Bimini SuperFast received safety inspections overseas after it was built in 2001. Panama then certified the ship to carry passengers. Before Miami, the cruise ship operated out of the Greek isles. The Genting ship had never entered U.S. waters until two weeks ago, Espino-Young said. The company was under the impression that the ship’s previous certification from Panama meant simpler safety inspections in U.S. waters.

But since it docked in Miami and will carry passengers from American ports to the Bimini casino, the SuperFast faces much stricter safety standards that are enforced by the Coast Guard, Espino-Young said. “Even if it is a two- to three-hour trip to Bimini, we need to make sure passengers are not put in high-stress, threatening situations,” she said.

Espino-Young and her team of eight inspectors operated under a tight time constraint caused by the inspection confusion. Prior to the drills, the Coast Guard needs to comb through mounds of paperwork that detail the ins and outs of the ship and its safety procedures. Espino-Young said that despite repeated requests to the company for early delivery, this paperwork didn’t start trickling in until April, with the bulk of it arriving in early June. Processing the information can take months, but in this case it had to be condensed, she said.

After digesting the paperwork, the Coast Guard runs through physical inspections. The drills that are part of this didn’t start until June 25. “Normally the drills take upwards of seven days to complete, but we did it in two to accommodate the fact that they wanted to sail on the 28th,” she said, adding that she and her team were on the ship until 10 Thursday night.

“The Coast Guard has provided the owners of the ferry with a list of discrepancies and will be reevaluating both the vessel and the crew when repairs and training are complete,” Espino-Young said.

But the SuperFast still held its christening ceremony Friday. The event attracted more than 600 guests, despite the sailing setback. The ceremony featured Bahamanian and Miami-Dade leaders and Genting executives. Capable of holding more than 1,500 passengers, the SuperFast plans to offer two trips a day: the first leaving at 9 a.m. and returning at 7 p.m., and a second “Night Party Cruise” leaving at 9 p.m. and returning at 5 a.m.

“We will provide information about the SuperFast’s inaugural sailing as soon as it becomes available,” Dana Leibovitz, president of Resorts World Miami, said in a statement.

Genting, which is docking the SuperFast at PortMiami, will pay roughly $11 million upfront to fund the county’s refurbishment of Terminal H for the new ship, and then receive reimbursement in the form of rent credits for the construction cost. Genting could pay the port about $7 million yearly in rent, according to the agreement that has yet to be voted on by the County Commission. There is not yet a terminal for the SuperFast ship in Bimini.

The Malaysian company purchased the old Miami Herald headquarters for $236 million in 2011. The company plans to build a large residential and hotel complex on the site that will bear its global brand, Resorts World Miami.