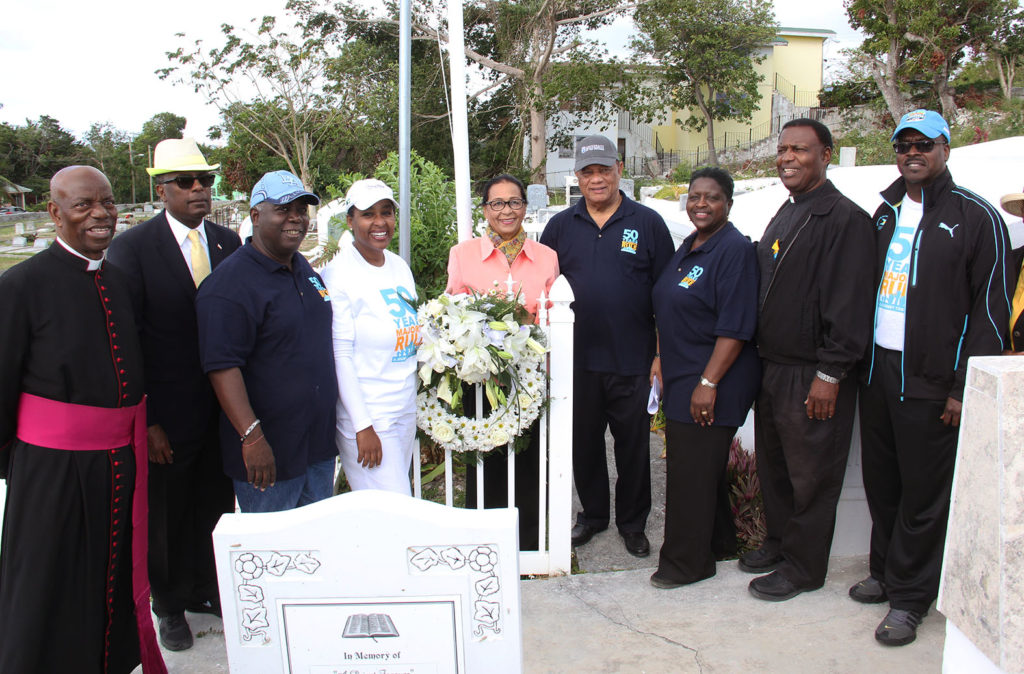 NASSAU, The Bahamas — Governor General Her Excellency Dame Marguerite Pindling on Majority Rule Day laid a wreath at the graveside of her late husband, the Rt. Hon. Sir Lynden Pindling at St.