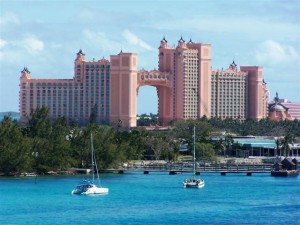 By KRIS HUDSON And MIKE SPECTOR

Kerzner International Resorts Inc., owner of several high-end vacation spots, including the sprawling Atlantis resort in the Bahamas, has tapped a cadre of restructuring advisers to help rework nearly $3 billion in debt ahead of a looming repayment deadline later this year.

Kerzner recently enlisted advisers at law firm Kirkland & Ellis LLP, Goldman Sachs Group Inc. and Blackstone Group LP to determine how to restructure the debt, according to people familiar with the matter. About $2.6 billion of the debt, in the form of a senior mortgage, comes due in September.

In the meantime, the terms of another $400 million slug of so-called operating company debt could force Kerzner to reach a deal with creditors sooner, the people said. The specific issues surrounding the terms of that slice of debt remained unclear.

The hirings set the stage for a high-stakes chess match between the investors that took Kerzner private in 2006—Colony Capital LLC, Goldman’s Whitehall Real Estate Funds and Kerzner Chief Executive Sol Kerzner—and numerous investors who own the debt.

A person familiar with the situation said negotiations were at an early stage and no plan had yet been developed to restructure Kerzner’s resorts. A Kerzner representative didn’t return messages seeking comment this week.

One complicating factor that could emerge in restructuring talks is the varied locations of the resorts across the globe and in different legal jurisdictions. Kerzner’s properties are scattered across the world in the Caribbean, Mexico, Morocco and Dubai in the United Arab Emirates, among other spots. That could present what Wall Street restructuring lawyers and bankers refer to as “cross-border” issues in determining how to rework Kerzner’s balance sheet.

Kerzner must also contend with a wide array of creditors holding pieces of its mortgage and other debts. Among those across the negotiating table from Kerzner are private investment firm Centerbridge Partners LP, which holds several hundred-million dollars of debt. Others who own portions of Kerzner’s debt include MetLife Inc., Government of Singapore Investment Corp. and Brookfield Asset Management Inc.

Kerzner’s mortgages are split into two groups. First is a $1.3 billion securitized mortgage. Junior to that mortgage in seniority is the roughly $1.3 billion of mezzanine debt held by Centerbridge, MetLife and several others. The separate, $400 million debt has a partial interest in the Atlantis resort in Dubai.

Pledged as collateral for the mortgages are the Atlantis in the Bahamas, a partial interest in Kerzner’s One & Only resort in Los Cabos, Mexico, and 76 acres of undeveloped land near Atlantis. A separate Atlantis resort in Dubai isn’t included in the mortgages. Analysts anticipate that Kerzner can’t refinance the loans for the full $2.6 billion because the collateral’s value now is less than that amount.
If the properties sold at their current value, the proceeds “would barely be enough to cover” the securitized mortgage, and the mezzanine debt “would likely be largely wiped out,” according to a report this month by debt-analysis firm Realpoint.

A restructuring of the loan could involve any of the owners or lenders contributing additional capital to pay down the mortgage and extend it, or a sale of the properties. The special servicer overseeing the mortgages has the option to extend them for up to two years if it decides that is best for all lenders.

Atlantis on Paradise Beach in the Bahamas is one of the world’s largest resorts. Its 3,500 rooms are spread among several towers surrounding a 34-acre “marine habitat” that includes a seven-acre lagoon. It also includes a 60,000-square-foot casino, 35 restaurants and bars, 65,000 square feet of shops, a 63-slip marina, a spa and 200,000 square feet of meeting space.
Write to Kris Hudson at kris.hudson@wsj.com and Mike Spector at mike.spector@wsj.com