People with bullets like the former FNM Senator does get fined. Let’s see what this crew ga get! Ammunition for high-powered weapons seized!!! 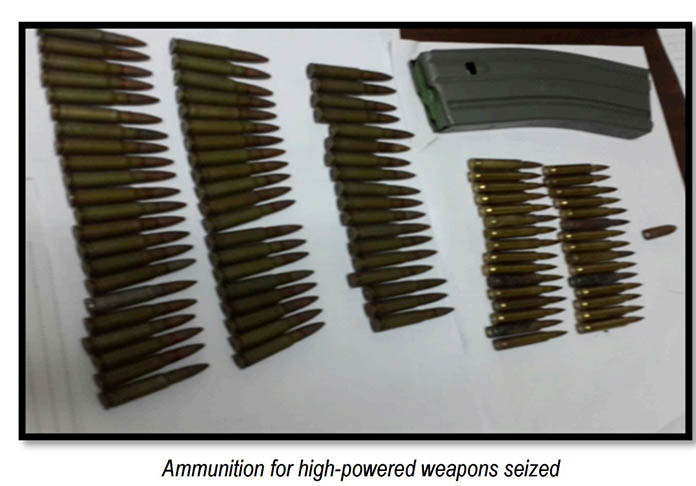 Nassau, Bahamas – Consistent with the Commissioner’s Policing Priorities for 2017, officers assigned to the Anti-Gang and Firearms Investigations Unit along with officers from the Flying Squad took five adult males one of whom is a Royal Bahamas Defense Force officer into custody following the seizure of large amount of ammunition on Monday 9th October 2017.

Reports are that shortly around 7:00pm, officers assigned to the Anti-Gang and Firearms Investigation Unit along with officers from the Flying Squad acting on intelligence executed a search warrant on a home located at Fox Hill Avenue, Yamacraw Shores, where they uncovered sixty (60) 7.62, thirty-one (31) .223 and one (1) 9-millimeter rounds of ammunition.

The five male occupants of the home were taken into custody in connection with the seizure.