Obie Wilchcombe Q.C. was dead wrong! What is his position now? Does he support his leader or Sarkis!

Delaware Court Ruled in favour of the Bahamians!

Delaware – A U.S. bankruptcy judge on Tuesday largely dismissed the chapter 11 case of Baha Mar Ltd., saying he “perceived no greater good” would come from allowing the case to continue in the U.S.

Judge Kevin Carey of the U.S. Bankruptcy Court in Wilmington, Del., said in his opinion that the bankruptcy filing of Baha Mar, which is the owner and developer of a stalled $3.5 billion resort in the Bahamas, “is truly an international case” and acknowledged the deep economic interest of the Bahamian government in the resort.

At the crux of his decision, Judge Carey said, was a finding earlier this summer by Justice Ian Winder of the Supreme Court of the Bahamas that the project’s stakeholders expected that insolvency proceedings would take place in the Bahamas. Judge Carey said that he agreed and was dismissing the U.S. case for this reason.

That reasoning didn’t, however, extend to one entity that Baha Mar had placed in bankruptcy, called Northshore Mainland Services Inc. This company is incorporated in Florida and manages U.S. operations. Creditors of that entity couldn’t have expected that it file for bankruptcy outside of the U.S., Judge Carey said, and permitted only that case to continue.

Judge Carey’s opinion noted his disappointment that those involved in the case hadn’t been able to reach a consensual resolution. He added that he would have been likely to allow the U.S. case to continue had he believed that such a resolution could eventually be reached.

“But the evidence does not reflect this and I am not convinced this will happen in short order,” he said.

Baha Mar’s creditors had requested that the U.S. case be dismissed, clearing the way for the Bahamian proceeding.

The ruling from Judge Carey comes a little more than a week after a Bahamian judge appointed a liquidator to preserve the project’s assets in the Bahamas. A ruling on Baha Mar’s request to have the Bahamian insolvency proceeding dismissed is expected in November. 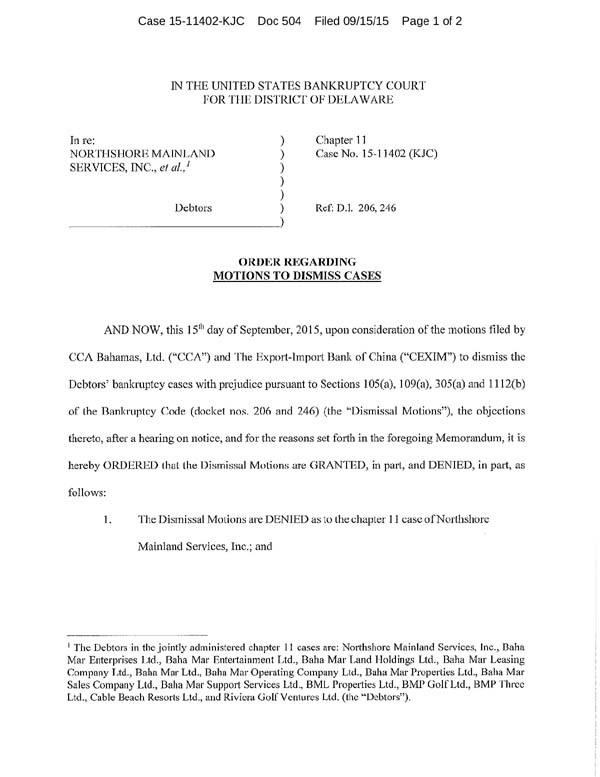 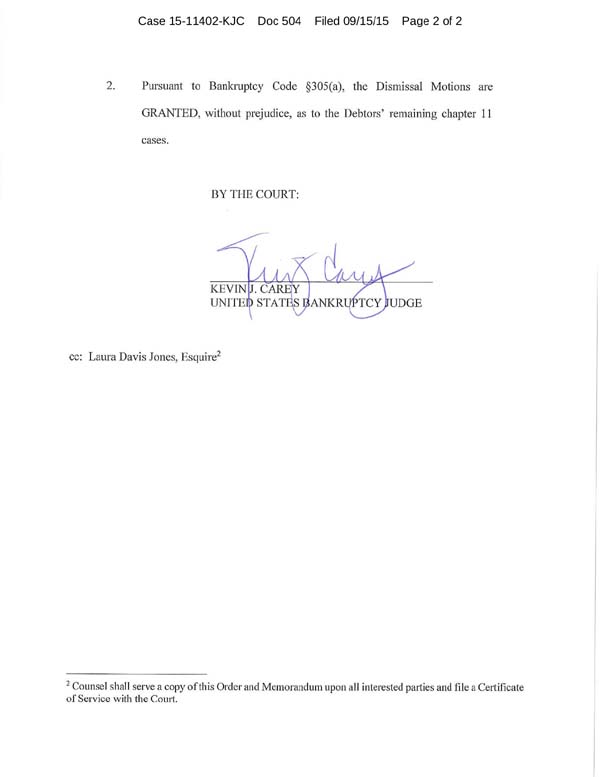