Will PM Minnis stamp out the present corruption at BPL or will he allow it to continue? 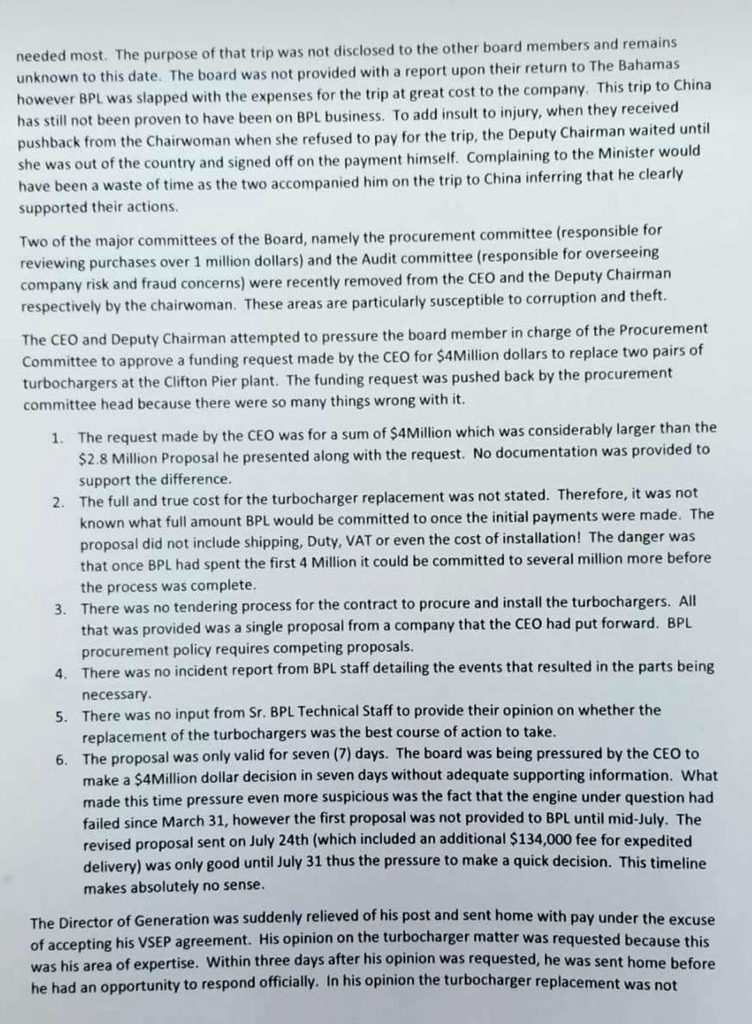 Some of Facts of ministerial interference are as follows:

Trying to alter the Shell PPA that was already approved by Board by pulling the building of the Power plant out of the PPA so that $200 million contract could come on the ground. ( got excited after the $100 mil interim financing was approved) wanted to use some of money to get project started. Further, Heastie, Rollins and Bethell attempted to sway Board to agree to BWSE as the preferred builder before the Finance Committee shut it down due to lack of cash flow to support.

Fired Director of Generation after Heastie and Rollins could not persuade him to recommend purchase of $6 million of turbochargers from BWSC and shortly after he met with Director Nick Dean, Procurement Committee Chair.

Other suspicious dealings and behaviour. Heastie and Rollins Unapproved travel to Norway before tendering process.

Unauthorized travel to Barbados and elsewhere without knowledge of board.

After attempting to have MOW intervene, Rollins was rewarded with $250,000 job and Exec Chair Job description was watered down to Ambassador and ED was given full reign over the company in absence of CEO.

ED is close personal friend of MOW who are seen dining together at least twice per week and who takes vacations together…. went to China together for two weeks with the CEO without approval from the Board and gave no report to the Board as to their dealings.

MOW and Ferron Bethell crafted response to URCA letter last week after CEO had ignored for months, notwithstanding the internal legal manager and a Regulatory Legal consultant crafted a more conciliatory letter which was discarded. 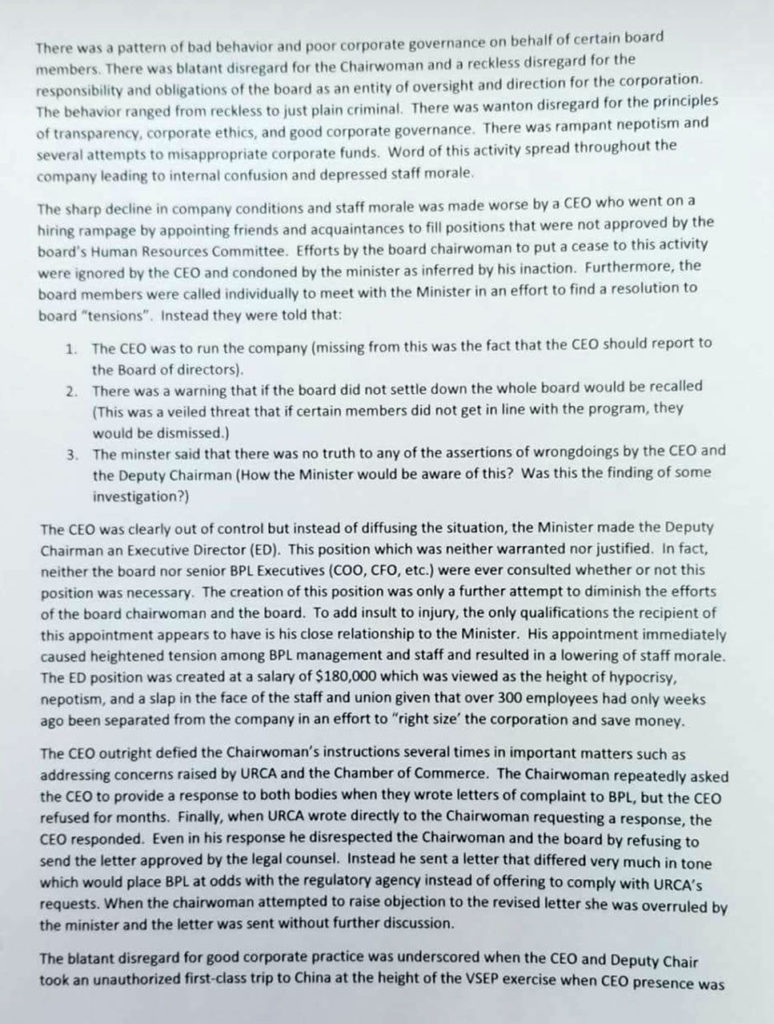 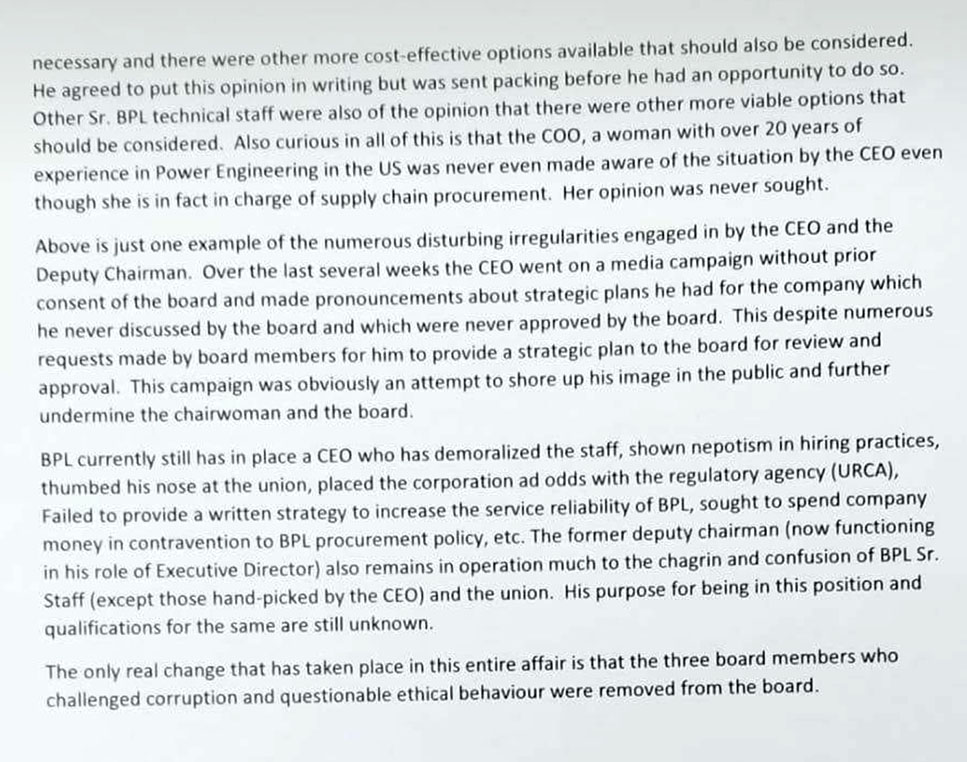