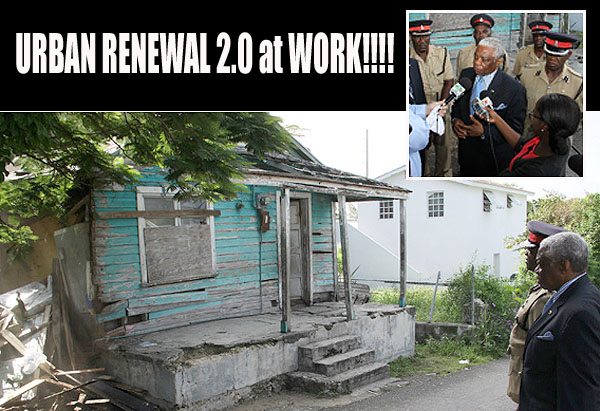 The house had been previously occupied by a single mother with five children, who have been relocated by Department of Social Services officials. (BIS Photos/Patrick Hanna)