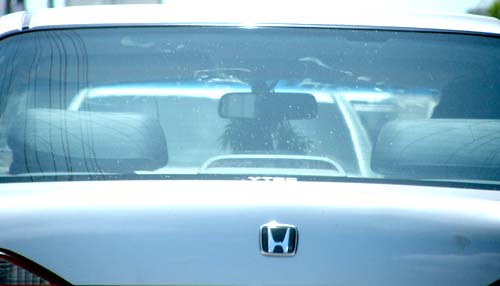 If alcohol is declared illegal in The Bahamas, those who consume it will not suddenly stop. They will continue to drink in defiance of the law. If the government imposes a ban on cigarettes, smokers will not quit right away. They too will defy the law. However, if the government regularizes the use of marijuana, it is highly unlikely that those who do not smoke it will start using it.

The truth is the use of marijuana will not disappear. The war against its use was lost decades ago, so the authority has to accept reality and regularize and tax its use to rake in some money. Much has been said and written about the regularization of marijuana, and it appears that there is a great deal of confusion about this issue. The term has been used loosely and interchangeably. To clarify, the use or possession of even small amounts of marijuana in The Bahamas is not only illegal, but is a criminal offence. Anyone found guilty of this offence is liable to a heavy penalty, including a jail term, and will have a criminal record.

If marijuana were to be regularised, but not legalised, use or possession of it would still be an offence, and there would be penalties. This is also true if marijuana was decriminalized. Use or possession would still be illegal, but it would become a misdemeanor, rather than a criminal offence. In several European countries, the United States, Canada, Britain etc., the penalties for possession or use of small quantities of marijuana are relatively light, often involving a fine and mandatory attendance at drug awareness programmes.

Marijuana should not be legalised, it would be reckless and unwise for the government to do so, because it could result in a generation of highly unproductive youths. It used to be that the “ganja” smoker was outside mainstream society and involved users such as the mega reggae superstar Bob Marley, but that is no more. Today, the use of marijuana is rapidly increasing among teenagers and in some cases children.

However, while the cultivation and trafficking of marijuana should remain illegal, and a criminal offence, the use or possession of small quantities should be regularised, with mandatory attendance at drug rehab programmes for offenders. Marijuana is not the only illegal drug being consumed in The Bahamas, but it is the most popular, therefore the use of small amounts for recreational purposes should be regularised. It will help the government to control its use.

Rastafarians have argued for the regularisation of the use of marijuana to reduce overcrowding in the prisons and the clogging of the court system.

Supporters for the regularisation of marijuana for recreational and medical use have argued that it will have a direct impact on the reduction of crime in the country. They claimed that the supply and use of marijuana will create less demand for the drug lords and organized crime.

It will reduce the drug lords’ share of the market and their income, as the sale will be controlled by prescriptions and licensing laws. It would also enable the government to establish a much lower price and thus remove the need for users to fund their habits through crime. Studies show that the regularisation of marijuana has led to positive results in several countries. For example, there have been continuous reductions in violent crimes like homicide, robbery and sexual assault since the passage of laws for the recreational use of marijuana in the state of Colorado in the US. In Holland, the crime rate has dropped significantly, resulting in the closure of eight prisons in 2015 and five more planned closures are scheduled due to a lack of crime.

However, opponents to regularisation have frequently stated that it will lead to an increase in criminal activities including burglary, robbery, and driving under the influence. However, statistics prove that regularisation of marijuana does not create more thugs, gangs, or more youths smoking weed. Marijuana should not be legalised but regularised to control its use.