NASSAU, The Bahamas – In observance of the 30th Anniversary of diplomatic relations between the Commonwealth of The Bahamas and the Republic of Korea, the Ambassador of the Republic of Korea to The Bahamas, resident in the Dominican Republic, His Excellency OH Hangu and his wife travelled to Nassau and led commemorative activities, the height of which was a performance of “Sounds of Korea” by members of the New York Korean Performing Arts Center on Friday evening at the British Colonial Hilton.

The Ambassador and his wife are pictured seated in the front row, next to Deputy Prime Minister and Minister of Works and Urban Development the Hon. Philip Davis. Also shown are performers on stage, and formally greeting DPM Davis. (BIS Photos/Raymond Bethel) 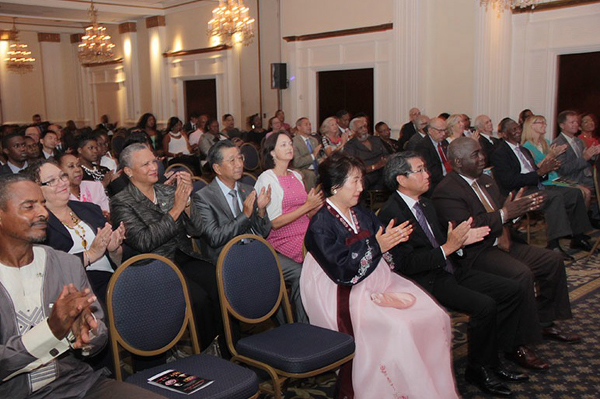