FNM COULD LOSE HUGE WOMEN VOTE IF IT OPPOSES EQUALITY IN THE LAW! 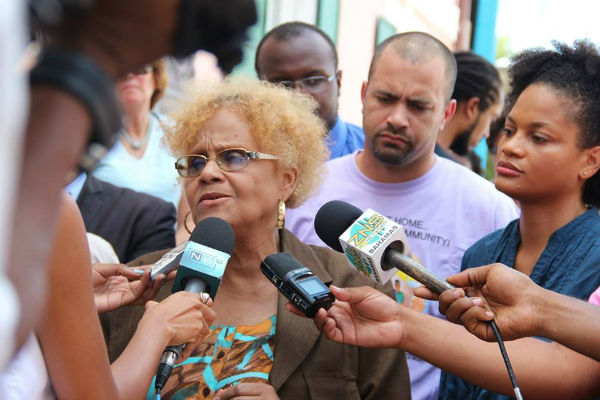 Dr. Jean Patterson. A Press Conference was held at Rawson Square on August 14th regarding the Bills to Amend the Constitution to provide for equality between men and women in The Bahamas. Photographs by Rosemary C. Hanna 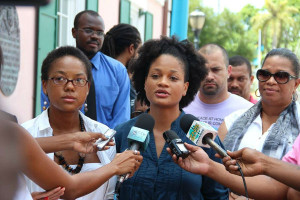 Terneille Burrows. A Press Conference was held at Rawson Square on August 14th regarding the Bills to Amend the Constitution to provide for equality between men and women in The Bahamas. Photographs by Rosemary C. Hanna

We believe in a Bahamas where all men and women hold equal value and equal rights under the law, in particular, the supreme law of the land, represented by the constitution. With the November 6 referendum approaching, it is now our responsibility to affirm collectively that we believe in a Bahamas that stands for equality.

On a daily basis we work with girls and boys, women and men who suffer at the hands of unjust practices that are rooted in beliefs of inequality. Men exerting power and control over women because they don’t believe in women’s rights but believe in their right to control and dominate women failing to live to their fullest potential because they feel inferior and inadequate and lack the confidence to challenge the status quo.

Gender Based Violence is rooted in gender based discrimination and gender inequality- unequal power relationships between men and women. Despite the challenges, we understand that our society is better when men and women are equal participants, when men and women are healthy and whole and work together as partners and co-parents. We work every day to advance this cause by providing intervention and support services to victims of sexual and domestic violence and being the voice of those who have been silenced.

The Bahamian constitution, through Article 15, gives every person in The Bahamas an entitlement to fundamental rights and freedoms no matter the “race, place of origin, political opinions, colour, creed or sex”.

The November 6 referendum is an opportunity for us to move the Bahamas one step closer to living this truth by leveling the playing field where it is still uneven and declaring unequivocally that we will not tolerate for any forms of discrimination on the basis of sex.

We commend and congratulate our Prime Minister the Hon. Perry Christie and the Leader of The Official Opposition the Hon. Dr. Hubert Minnis for coming together in solidarity with this cause. We challenge you hold steadfast to the helm in spite the naysayers and mischief makers. We are dependent on you.

We encourage all Bahamians to become informed about these amendments and in the words of the Crisis Centre’s theme for this year “Stand up don’t stand by”. Stand in solidarity and commitment to a Bahamas where men and women, boys and girls have equal rights to a just society.