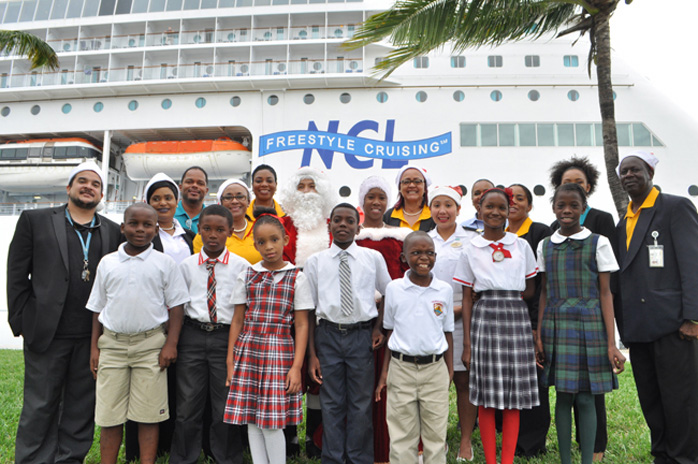 FREEPORT, Grand Bahama — There were big smiles and full hearts for some 200 students in Grand Bahama on Tuesday, as they were hosted to a gift-giving and luncheon at Freeport Harbour.

Christmas came early for the students as the Florida-Caribbean Cruise Association and the Ministry of Tourism, with the assistance of Santa’s Helpers from Norwegian Cruise Line were the bearers of gifts.

Shown in the photo are the schools represented, which were Hugh Campbell Primary, Maurice Moore Primary, The Beacon School, West End Primary and Holmes Rock Primary. In the second photo are students of the Maurice Moore Primary School, having received their gifts along with staff of the Ministry of Tourism and the Norwegian Cruise Line. (BIS Photos/Andrew Miller) 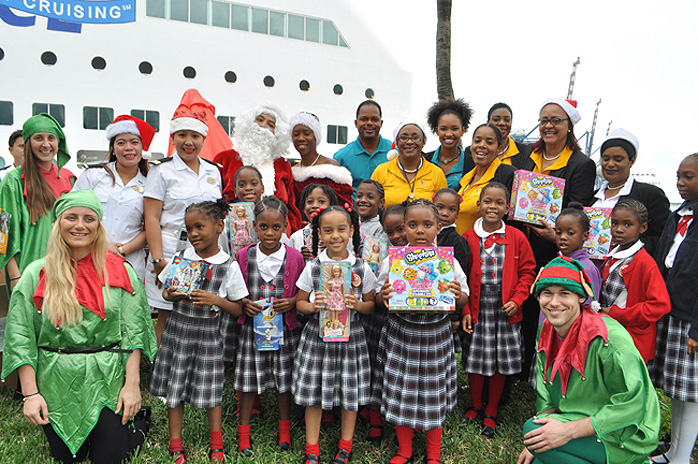 Bahamas Bring the Heat to Winter With Free Companion Airfare