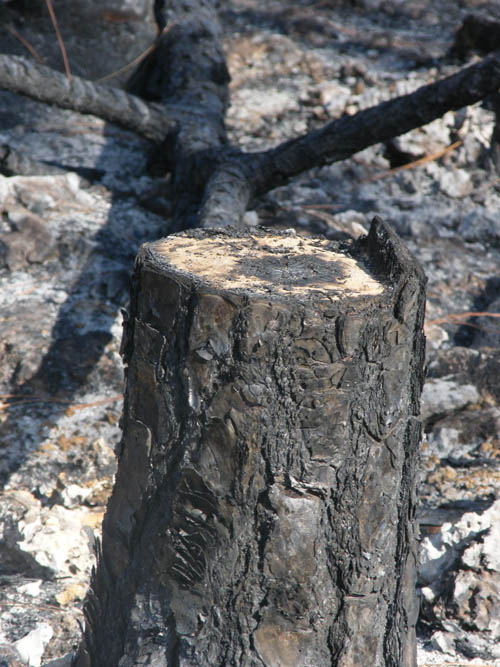 <<< Acres of pine forest trees burned down by arsonist in the south western area of New Providence, Bahamas. Much of the trees are seen cut down to produce coal for export to Haiti. The photo was taken on EARTH DAY (TODAY APRIL 22) on the main road near Bacardi Road. There one will discover acres of what were forest pine trees, which were set ablaze over the Easter holiday weekend. No arrest have been made following the incidents, but still almost every day bags of coal still leave for Haiti on a vessel at Potter’s Cay Dock.

Nassau, Bahamas: Today April 22nd, is Earth Day. It is marked as a day set aside by the United National Environment Programme (UNEP), where they’ve launched a major worldwide tree planting campaign in an effort to combat global climate change.

Whilst artist and apologists for the environment got up early this morning planting trees and eating souse, another CRIME was unfolding in the Bahamian backyard forest lands.

Southwestern New Providence should have been the place for camping out this morning. Every news crew in Nassau should have been rolling film out there. For it is in this section of the country, west of Gladstone Road, that is reserved as crown land. But has anyone from these environmental movements discovered what is taking place in this back part of this island? 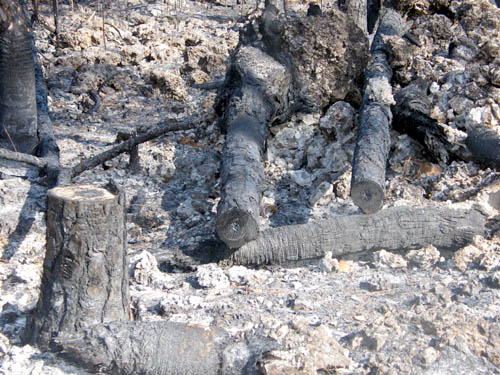 On Easter weekend whilst the fire department had trucks in a weightlifting competition and the defense force men and women were having regatta at Fort Montagu, some devious residents in the area were burning trees down in the forest lands of the southwest.

Bahamas Press witnessed trucks entering and leaving the scene of the CRIME early last Tuesday morning. We saw trucks loaded with charred pine trees on them. Our ‘deep throat’ on the Royal Bahamas Police Force has confirmed that these tree are used for coal production headed for Haiti from The Bahamas.

Today had these same environmentalists paid a visit to this site, they would be asking the question, WHO IS RAPING OUR LAND, AND HOW CAN IT CONTINUE WHEN THE FNM CAMPAIGNED ON PROTECTING THE ENVIRONMENT? These are questions thousands of Bahamians should be asking themselves, including its minister for the environment Dr. Earl Deveaux. So much for Earth DAY in The Bahamas. 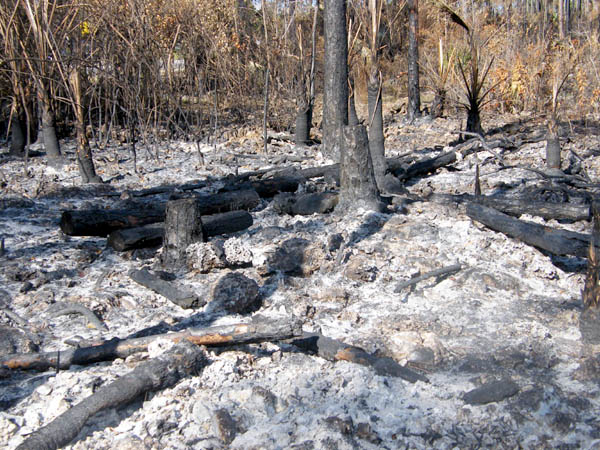 A section of the forest burned at the hands of arsonist. The land burned extend acres into the distance. 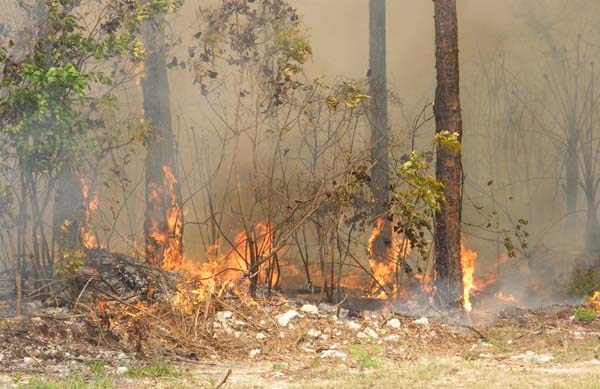 Fires in the southwestern of section of New Providence over the Easter holiday weekend. The fires were started by arsonist, who are involved in the production of coal now being exported to Haiti.

Now we witness this truck moving into the forest area. The following day the entire area was consumed by fire. What is going on in this country?