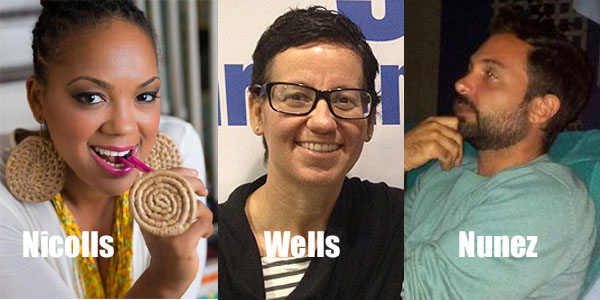 Online media taking off where newspapers cannot reach – WE TAKING OVER!!!

Nassau, Bahamas — BREAKING NEWS IN THE NEWS >> Erica Wells has tendered her resignation at the country’s oldest newspaper, The Nassau Guardian, just around 4:30pm Monday evening.

Wells, we believe, like Paco Nunez, is feeling the pressures of online blogs and pages, which have dealt blows to their bosses, manifesting in declining newspaper sales.

Sources deep in the Tribune, however, believe Erica will be heading back home to the Tribune to trade the Guardian “secrets”.

This is something we all should watch.

Nunez, an invaluable asset in the media business, tendered his resignation from the Tribune after more than a decade of service.

He, some say, may be replaced by another foreign editor. However, BP believes that replacement will be Wells, who got a call from Eileen Carron over the weekend….. BP was in Carron’s office when the call was made…. HEHEHEHEHEE!

And if you think that is all in the shake up of the media then check this out; more Breaking News now coming into Bahamas Press just confirmed Tribune features editors, Noelle Khalila Nicolls, has tendered her resignation from the century old ‘terlet’ paper.

The eyes of the wise Bahamians have finally realized what BP was saying all along – DA TRIBUNE DOES NOT BELIEVE IN BAHAMIAN TALENT!!! And if they don’t believe in yinner – why in the hell y’all does read dem???