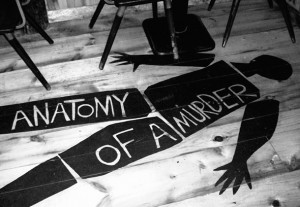 MURDER number four hundred and ninety one on Kemp Road

Nassau, Bahamas — Bahamas Press is reporting the fourth murder of the past week and the 491st murder since 2007. We can report the victim’s name is Olrick Marshall aka blu from Elizabeth Estates. Marshall was gunned down in the Kemp Road area sometime around early evening.

Police have no leads or suspects in custody for this latest incident.

Meanwhile, On Thursday 12th April, 2012 around 7:15 am the body of female was found at a vacant property at Perpall Tract under a red truck with injuries to the upper body. Police have identified the female as 23 year old EMANUELA AUGUSTIN of CORAL HARBOUR.

POLICE ARREST MAN WITH HANDGUN
A 23 year old male of All Saints Way off East Street south is in police custody after being found in possession of a handgun and a large quantity of ammunition. According to police reports shortly after 10:00 pm on Friday 13th April, 2012 officers of the Mobile Division acting on information from Police Control Room, arrested the man at Bernard Road east of Gray’s Terrace. Active police investigations continue.

POLICE REQUEST PUBLIC HELP IN LOCATING MISSING MAN
Police are requesting the public’s assistance in locating 43 year old DAVID BURNSIDE of DORSETTE STREET, MATTHEW TOWN, INAGUA. David has dark complexion and stands at 5’9″ tall. He was last seen on Friday 6th April, 2012 wearing a white t-shirt and blue jeans pants. Anyone with information as to the whereabouts of David Burnside is asked to contact police at 919, 322-3333/4 the CENTRAL DETECTIVE UNIT @ 502-9910, 502-9991 or CRIMESTOPPERS @328-TIPS.