Nassau, Bahamas — Bahamas Press is zooming in on this Land Grab now taking place in the country. The raid now leaves the Bahamas like a naked woman exposed for the entire world to see.

We have heard about Earl’s island hop on the private helicopter of an investor. That investor we are told, now has before the Ingraham Cabinet plans to dredge almost nine acres of protected land near Bell Island in the Exumas.

When Earl Deveaux is not flying around the Bahamas in one investor’s helicopter, we see the Prime Minister, Hubert Ingraham, catching a ride on Butch Stewart’s plane, but this is not the heart of the story.

Bahamas Press understands the same investor’s helicopter Earl was seen getting a joy ride on is the same investor who supposedly dished out $1 million to the Bahamas National Trust [BNT] and here is where the story gets interesting.

Eric Carey and Neil McKinney are the two goons who head up the Trust and are supposed to be protecting land and wildlife in the country. They are supposed to be the ones stopping land grabbers from coming into our boarders; making sure all the protected land stays safe for generations to come. They are the ones who should  be telling the government to stop dredging, to stop fishing, to band trolling and stop shooting in protected areas of the country. They are the ones who make recommendations to governments on where to stop development all in the name of  ‘PROTECTING THE ENVIRONMENT’. But let’s look at what they have been doing.

It is alleged the Aga Khan gave Carey and Mckinney a donation in the name of the BNT of $1 million last year to assist in their undertakings at the Trust. Khan now wants to dredge 9 acres of protected land for his development. The receivers of funds are now hushed and say not a ward about the proposed dredging. But there is more. 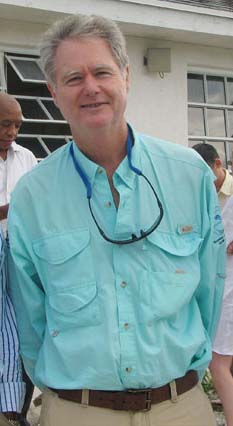 Bahamas Press is concerned with Carey and McKinney’s blindness to the destruction of the wetlands at Kamalame Cay in Andros. They are silent and say nothing.

We are concerned with Carey and McKinney’s silence to the complete destruction of the mangroves and wetlands at the Bimini Bay development, which continue to encroach on the wildlife and wetlands in that area. Where is the voice of the said “Protectors” of the environment? Why the silence?

Have both men been bought by the super rich and globally powerful? Have they been bought or have they sold out the Bahamian people? Why is the talkative Carey so quiet when just recently he found his tongue to speak with the TRIBUNE?

THIS IS A MATTER OF TRUST AND WE THE PEOPLE CANNOT TRUST THE BAHAMAS NATIONAL TRUST!

Bahamas Press is calling for all public taxpayers money to be withdrawn from the BNT with immediately. We call on all watchdogs of the environment around the world to take a second look at their contributions to the BNT. We also call for an immediate opening of the books at the BNT.  We ask the question who else has given the Trust money in exchange for ecological disasters against the environment in the Bahamas? We demand a full and complete forensic audit of the BNT IMMEDIATELY!

We here at BP smell something fishy and it surely is not Potters Cay. 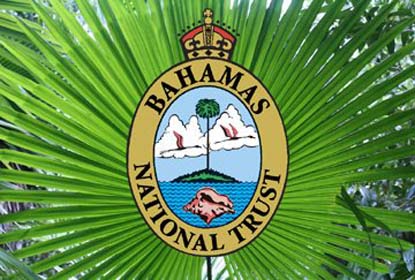