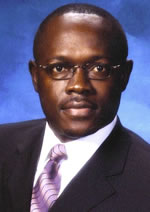 British American Insurance Company, NOW BAF yes the insurance place on the East West Highway, told the Bahamian people last evening in a newscast that they are looking at options to buy CLICO Bahamas assets. Clico is now in liquidation following what can only be described as a PONZI SCHEME in the country. Yes in many words, they STOLE THE PEOPLE’S MONEY and ran off with it.

But what is interesting is this. Is there a possible connection between British American Insurance Company and CLICO (Bahamas)? Stay Tuned tonight for the SHOCKING DETAILS!

ONLY ON BAHAMAS PRESS 12:30PM TONIGHT! SORRY FOR THE DELAY OF THIS POST, BUT BP IS UPSET WITH THE RELEASE OF EMPEROR TODAY…WE WILL UPDATE SHORTLY!