This is a wonderful world we live in.

I resigned because the DNA nominated Lincoln Bain to be a candidate.

Lincoln Bain misappropriated funds from a company I, some friends and some employees invested in. Every time I see Lincoln I ask him for my money.

Our group communicated with the FNM when Lincoln was nominated. They rejected his nomination and said he was “not a fit and proper person”.

The DNA gives Lincoln the nomination. I had no prior knowledge. I found out when I went to the event to announce the most recent candidates. If I was asked prior I would have told the party about him.

So I resigned because I am part of a group committed to keeping persons like him from office. It would not look right for a DNA candidate to be campaigning against another DNA candidate. 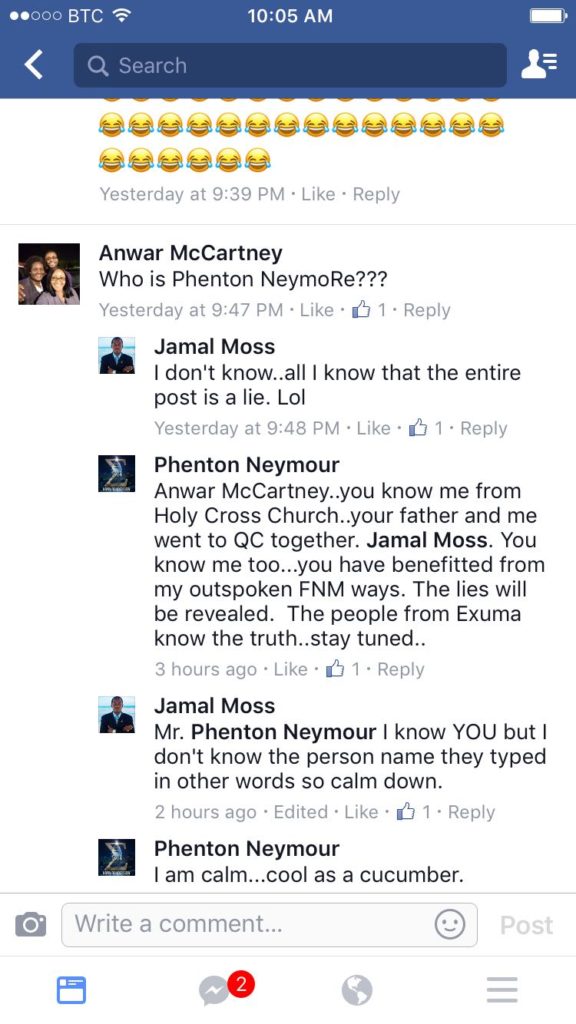